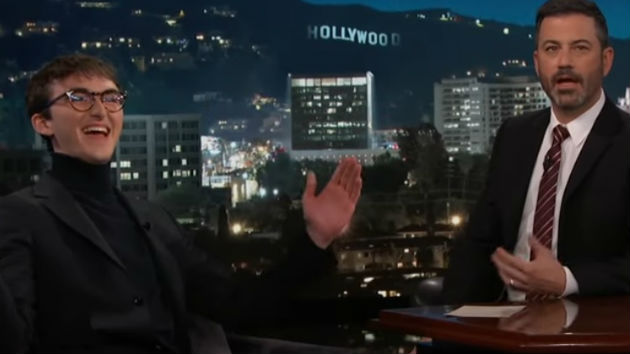 (LOS ANGELES) — Who is the Night King? It’s one of fans biggest obsessions about HBO’s Game of Thrones, now in its final season — but if Thrones star Isaac Hempstead Wright knows the answer, he’s not letting it spill.

On Wednesday night’s Jimmy Kimmel Live, Wright, who plays the Three-Eyed Raven Bran Stark, was asked about a popular online theory that posits his character is actually the leader of the evil White Walkers.

“Who says the Night King’s dead?” he responded rhetorically before laughing off his own answer. “I don’t know. Help me HBO!”

Isaac also gave the acting secret behind Bran’s meme-worthy thousand-yard stare. During filming, Sophie Turner, who plays Sansa Stark, told him his stare was like “staring into my soul.” That’s because Isaac acts almost completely blind, without the aid of contact lenses. “I can’t see you,” was his response.

The eighth and final season of Game of Thrones airs Sunday nights on HBO.