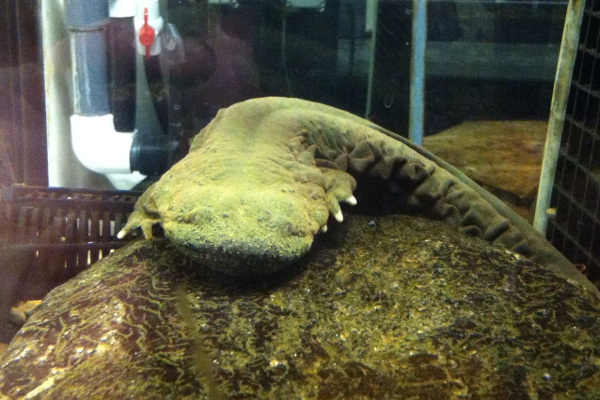 The House voted 191-6 Tuesday to grant the honor to the Eastern hellbender, which can grow to be more than 2 feet (a half meter) long and is battling declining numbers across much of its range in the United States.

In order for the creature to become the state amphibian, Gov. Tom Wolf will have to sign it into recognition, which he says he plans to do.

The path to legislative recognition was not smooth, as the Eastern hellbender faced a stiff challenge from another amphibian called Wehrle’s salamander.

Rep. Garth Everett, R-Lycoming, who helped shepherd the bill through the House, said hellbenders had been on decline.

“Not many people have actually seen hellbenders,” Everett said after the vote. “They live only in very clean streams, and they live under rocks.”

They are the largest North American amphibian, according to the Center for Biological Diversity, and their jarring appearance has inspired a colorful set of nicknames that also include devil dog, ground puppy and Allegheny alligator.

Members of the Chesapeake Bay Foundation’s student leadership council began the campaign to designate it as the state’s official amphibian, and their efforts were aided by Lycoming College’s Clean Water Institute.

The Chesapeake Bay Foundation said hellbenders were plentiful in Pennsylvania as recently as 1990. Their numbers have since been decimated in Eastern states by pollution and sedimentation, researchers say.

Among the factors researchers also worry about are disease and warming water temperatures caused by climate change.

Wehrle’s salamander, which is common, is named after the late naturalist R.W. Wehrle, of Indiana, Pennsylvania.

First Class Children’s Foundation school supplies drive today
DuBois Class of 2020 graduation ceremony rescheduled for Saturday, May 30
What if I requested a mail-in ballot and didn’t send it yet?
PA continues phased reopening with 16 more counties set to go green on June 5
Roadwork starts Monday on I-80 and I-99 guide rails
Our area moves into green phase and businesses open with adjustments