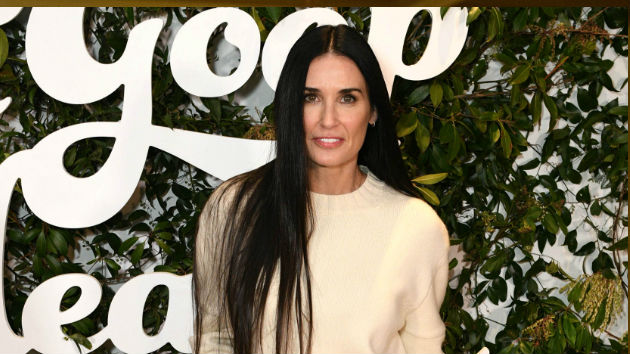 (NEW YORK) — Inside Out, the anticipated memoir from actress and producer Demi Moore, is finally coming out, according to HarperCollins.

The publishing house announced that the memoir, described as a “deeply candid and insightful” look into the life of the star, will be released September 24.

“Throughout her rise to fame and during some of the most pivotal moments of her life, Moore battled addiction, body image issues, and childhood trauma that would follow her for years — all while juggling a skyrocketing career, celebrity status, and raising a family,” the publisher says in a statement.

In the book, Moore, the star of A Few Good Men, Ghost, a producer of the hit Austin Powers movies, and the ex-wife of both Bruce Willis and Ashton Kutcher, will discuss her “defining tumultuous relationship with her mother, her marriages and her struggles balancing stardom with motherhood,” according to a statement.

The book’s described as a “story of survival, success, and surrender.”

Moore was married three times: to musician Freddy Moore from 1980–1985; to Willis from 1987–2000, and to Kutcher from 2005–2013. Each relationship was met with its share of headlines. Moore and Wills have three daughters: Rumer, Scout, and Tallulah Willis.

The publisher calls Inside Out, “a wrenchingly honest portrayal of one woman’s at once ordinary and iconic life.”