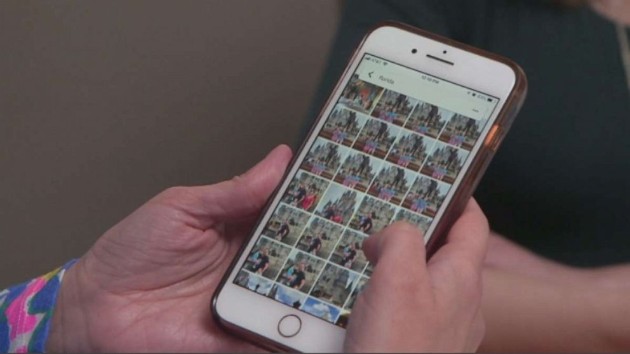 (NEW YORK) — We now take more pictures than ever, and with thousands of captured precious memories, how do we make sure we don’t lose them? ABC News’ Good Morning America teamed up with Bridget Carey, senior editor at tech site CNET, and had her work with New York mother-of-two Amanda Kerley to find the best way to back up her digital photos. “I basically take probably thousands of photos of my kids,” Kerley said. “So just putting them on my computer, I kinda thought that was all you needed to do.”But it doesn’t exactly work that way. “All it takes is one accident, one incident and everything is gone,” said Carey.She added that it can be overwhelming figuring out which photo storage tool to use. Since Kerley takes pictures on her phone and camera, and uses all Apple products, Carey suggested these three options: Google Photos, Amazon Photos and Apple iCloud, pointing out the perks of each.Google PhotosThis cloud option has free unlimited storage for photos and videos, and works with Apple and Android devices. Carey also likes the search option where you can instantly pull up any photo based on something that might have happened in that photo. So if you type in “sports,” you can see all photos you have taken that involve any type of sport.Carey pointed out that while the best option for Kerley is free, Google does have another storage plan for much higher quality pictures and video that starts at $1.99 a month. Amazon PhotosMany people don’t realize with your Amazon Prime membership you can get free unlimited photo and 5 GB of video storage.Since Kerley has Amazon products like an Echo Show and Fire Stick in her home, she can get her photos on these devices.Apple iCloudWhile this is the only option you have to pay for, storage options start as low as 99 cents a month for 50 GB. Carey pointed out that iCloud will also back up important information on your phone and computer like contacts, notes and apps.Your photos and videos can also be organized into Moments, Collections and Years. The Memories and Sharing Suggestions features use on-device intelligence to scan your photos and organize them by faces and places, so you can search for pictures by either location or the people in them.Another great option for backing up your photos and videos: an external hard drive. A hard drive that holds 1 TB, which should be able to hold all of most peoples’ media, costs about $50. Google, Amazon and Apple each told ABC News in statements that they take privacy very seriously and are committed to keeping customers’ personal photos and videos safe.

Experts call for climate change debate to move beyond settled science and focus on action
Bill aims to prohibit discrimination in financial services for first time
Dolly Parton teams up with other artists for song to support fight to end breast cancer
Coronavirus live updates: Belgium’s foreign minister admitted to ICU for COVID-19
NASA astronaut has a message for Latinx STEM students: ‘We need you’
Election 2020 updates: ‘I think the mute is very unfair’: Trump on debate mics