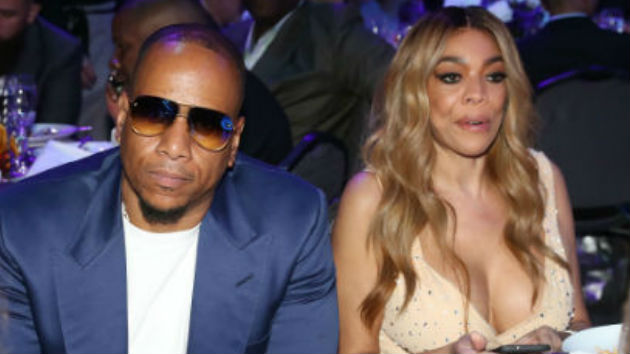 In a statement to People, Hunter has apologized for his recent behavior after — according to a source — he admitted to Wendy that he did in fact cheat on her and father a love child with his mistress.

“I am not proud of my recent actions and take full accountability and apologize to my wife, my family and her amazing fans,” Hunter said. “I am going through a time of self-reflection and am trying to right some wrongs.”

The statement continued, “28 years ago I met an amazing woman: Wendy Williams. At the time, I didn’t realize that she would not only become my wife, but would also change the face of entertainment and the world. I have dedicated most of our lives to the business empire that is Wendy Williams Hunter, a person that I truly love and respect unconditionally.”

However, Hunter made clear that he plans to stick with his wife as they both continue to work on their sobriety.

“No matter what the outcome is or what the future holds, we are still The Hunter Family and I will continue to work with and fully support my wife in this business and through any and all obstacles she may face living her new life of sobriety, while I also work on mine,” he said.

Hunter concluded his statement asking for fans to give his “family privacy as we heal.”

As previously reported, Williams had filed for divorce last week from Hunter after 20 years of marriage, citing “irreconcilable differences.” The divorce filing came after Hunter’s reported mistress gave birth to his child earlier this month.