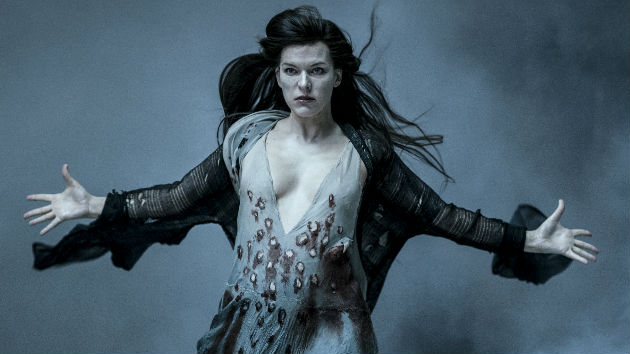 (LOS ANGELES) — The David Harbour-starring reboot of Hellboy didn’t debut nearly as well as its studio Lionsgate had hoped, and suffered a pretty dramatic fall from first place to third in its second week in theaters. But that’s not discouraging co-star Milla Jovovich.

In a lengthy Instagram post, the actress who plays the villainous Blood Queen in the film, defended it, claiming that the film is bound to be a “cult classic.”

Milla says, “You work super hard to make something fun and entertaining and have to absorb the negative reviews by movie critics, but hey! THAT’S SHOWBIZ BABY.”

“All my raddest films have been slammed by critics. It’s f**ing hilarious,” she continued. “Dazed and Confused? Seriously? Classic movie. The Fifth Element! You would have thought that was the worst movie ever made if you read the reviews in like ‘98??  Zoolander? Slammed. Joan of Arc? Disaster. Resident Evil? Let’s not even go there.”

“Anyway, every one of those films is now a cult classic. EVERY. SINGLE. ONE.,” she noted. “And this will be too. Mark my words.”

She also gave props to the movie’s cast.

“David Harbour. Ian McShane. Daniel Dae Kim. Sasha Lane. They are all so damn wonderful and talented, the movie is worth seeing just because they’re in it, especially one that’s so much fun to experience as this is,” she wrote.

Jojovich also credits the beloved source material from comic creator Mike Mignola [Minn-yola], and added, “Trust me, you’re gonna have a blast watching the new @hellboymovie. I mean, one critic said ‘it’s a loud, gory mess only a teenager would love."”

She followed that with the crying/laughing emoji, a thumbs-up, and a fist bump, before adding, “HELL yea Hellboy!”