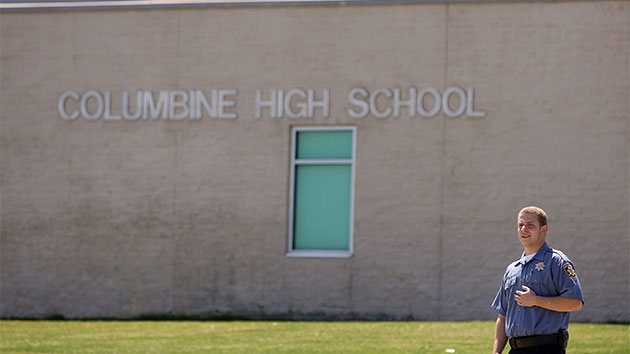 (DENVER) — Colorado authorities are searching for a woman they say is “infatuated” with the 1999 Columbine High School shooting and made threats to schools in the Denver metropolitan area.The 18-year-old woman, Sol Pais, traveled to Colorado Monday night and is considered armed and dangerous, according to the Jefferson County Sheriff’s Office.Pais is about 5-foot-5, has brown hair and was last seen Monday night in the foothills of Jefferson County wearing a black T-shirt, camouflage pants and black boots, authorities said. She is allegedly “infatuated” with the Columbine shooting and was attempting to purchase firearms. The 20-year anniversary of the shooting is on Saturday.All schools in the Denver metropolitan area were placed on lockout on Tuesday in response to the threats. Students were later released from class as normal, according to Jefferson County Public Schools.The threat is not isolated to one school or individual, police said.No students were injured and the lockout was a precaution recommended by the Colorado Department of Education.Officials would not release additional details about where Pais is from, how long she has been here and the nature of the alleged threat, citing the ongoing investigation.

Former Convicted FL Felons Voting For The First Time
Lawyer for Ivanka Trump, Jared Kushner threatens suit over ‘defamatory’ Lincoln Project billboards
Homeless college student walks over 500 miles to raise money for homelessness
Major fire threat on way to California while fire danger and winter storm expected in Colorado Saturday
Man apologizes as he’s sentenced to life in prison for Mackenzie Lueck slaying
Wunmi Mosaku would “run for the hills” if she were actually in her Netflix horror movie ‘His House’