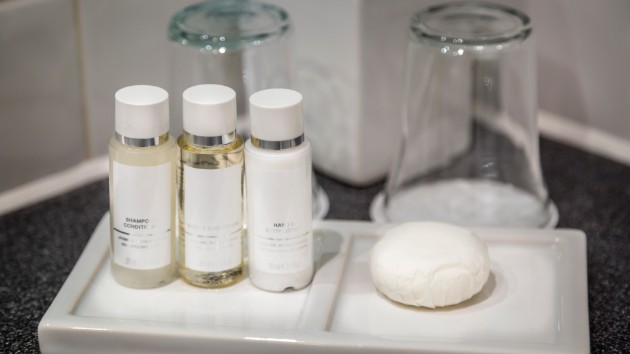 (SACRAMENTO, Calif.) — Little shampoo and conditioner bottles are a seemingly intrinsic part of hotel bathrooms. They’re often used only once, then end up in the trash.

Now, California state lawmakers are seeking to ban hotels and other lodging establishments from providing single-use small plastic bottles to their customers in an effort to reduce waste.Introduced by Assemblyman Ash Kalra and co-authored by Assemblyman Mark Stone, Assembly Bill 1162 was introduced in February. If it passes, it will be put into effect on Jan. 1, 2023. “We know we have an enormous problem with our world, we’ve become addicted to [plastic] and it’s caused a major dilemma environmentally,” said Kalra.The types of businesses the bill refers to include establishments like a hotel, motel, resort, bed and breakfast or vacation rental.The bill would allow local authorities to inspect and enforce these requirements with a written warning upon first violation, and up to a $2,000 fine for those who fail to comply.Stressing the importance of reducing the unnecessary use of plastic, Kalra said the hotel industry is a “relatively low hanging fruit,” since there is a viable alternative of replacing bottles with refillable dispensers, which many hotels have started to use.Last year, Marriott announced plans to replace individual amenity bottles with in-shower dispensers at 1,500 hotels in North America, and to remove plastic straws worldwide by July 2019.“We’re talking about hundreds and millions of bottles a year and that’s just in California,” Kalra said. “It’s a pretty easy fix,” Stone added.Roland Geyer, a professor at the University of California Santa Barbara who studies in the environmental impact of industrial production and consumption, said the new bill is a step in the right direction.“It’s mostly symbolic, but symbols can be powerful,” Geyer said. “Hopefully it will show consumers we can stop using plastic products and realize we won’t miss them.” With 348 million tons of plastic produced in 2017, 40 percent of that production is single use packaging, according to a study conducted by Geyer.Geyer said he did not see immediately see any unintended consequences in the bill.AB 1162 comes as pressure to ban plastic products within the country and worldwide continues to grow within companies and governments alike.Kalra said the bill is still in the early stages of the legislation process, but is hopeful about its outcome. “We’re talking about changes that [are] already happening,” said Kaira. “We just want to help facilitate it in that direction.”Copyright © 2019, ABC Radio. All rights reserved.