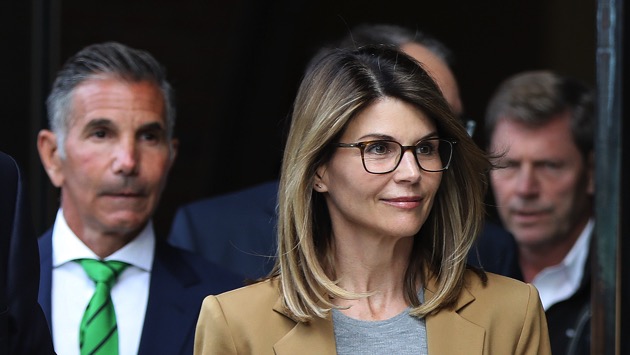 (BOSTON) — Actress Lori Loughlin and her husband intend to plead not guilty to charges stemming from a nationwide college entrance cheating scandal, according to a document filed Monday in Boston federal court.Loughlin and her husband, the fashion designer Mossimo Giannulli, are attempting to waive their right to appear in court to enter their pleas to a new charge of conspiracy to commit money laundering filed last week, federal officials said.It’s unclear whether a judge will accept her request or require her to show up in person to enter her plea.Loughlin, 54, best known for her role as Aunt Becky on the ABC sitcom Full House, and Massimo were already charged with conspiracy to commit mail fraud and honest services mail fraud along with 35 other parents, including actress Felicity Huffman.A new superseding indictment unsealed last Tuesday alleges that Loughlin and Giannulli disguised their bribes to the ringleader of the scam as donations to fund programs for “disadvantaged youth.”The new charges came a day after federal prosecutors said actress Huffman and 13 other defendants charged in the probe dubbed “Operation Varsity Blues” had agreed to plead guilty.This is a breaking news story. Please check back for updates.Copyright © 2019, ABC Radio. All rights reserved.