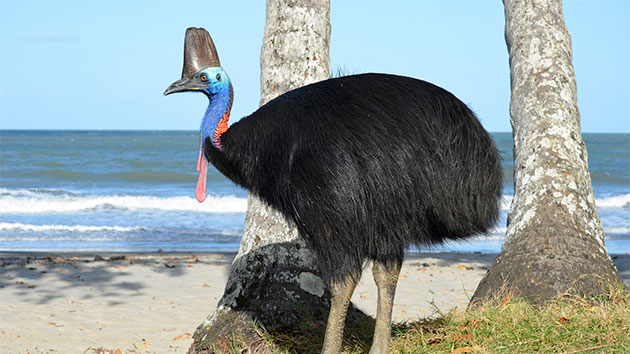 (GAINESVILLE, Fla.)  —  A 75-year-old man was attacked and killed by a large exotic bird he kept as a pet on his property in Florida, known to experts as the “world’s most dangerous bird,” authorities said.

Marvin Hajos died from injuries suffered in the bizarre attack by a cassowary, a flightless fowl with knife-like claws that can stand up to 6 feet tall and weigh more than 100 pounds, according to officials.

Hajos was on his property in the Gainesville suburb of Alachua when he apparently tripped and fell at about 10 a.m. on Friday. The cassowary, which looks similar to an Australian emu, then pounced on him, according to the Alachua County Sheriff’s Office.

Firefighters and paramedics took Hajos to a hospital, where he died, officials said.

“My understanding is that the gentleman was in the vicinity of the bird and at some point fell. When he fell, he was attacked,” Deputy Chief Jeff Taylor of the Alachua County Fire Rescue Department told the Gainesville Sun newspaper.

The sheriff’s office is investigating the death, along with the Florida Fish and Wildlife Conservation Commission, officials said.

“Initial information indicates that this was a tragic accident for Mr. Hajos and his family,” Lt. Brett Rhodenizer said in a statement on Sunday.

The San Diego Zoo describes cassowaries on its website as the “most dangerous bird in the world.”

“Each 3-toed foot has a dagger-like claw on the inner toe that is up to 4 inches long!” the San Diego Zoo website reads. “The cassowary can slice open any predator or potential threat with a single swift kick. Powerful legs help the cassowary run up to 31 miles per hour through the dense forest underbrush.”