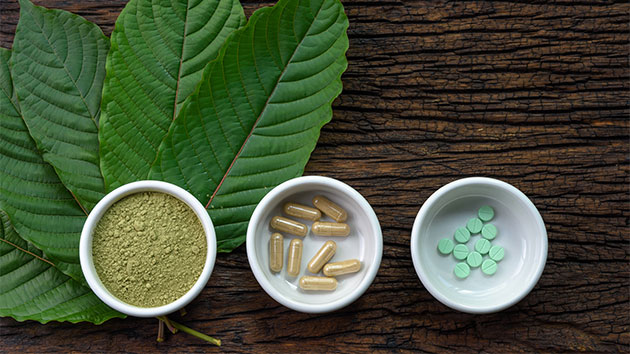 (NEW YORK) — In an age where energy boosters, fat loss supplements, and pain relievers are easy to get over the counter, little is known about a supplement known as kratom – an herbal extract which has been linked to at least 91 deaths, according to the CDC.

It has become a go-to for many people suffering from opioid withdrawal and substance abuse, and as kratom becomes more popular in the U.S., scientists are trying to better understand how it affects the body, and how to test for it in people who overdose.

Kratom is derived from a plant by the same name from Southeast Asia. It can be swallowed as a pill, brewed as tea, or crushed and smoked. Kratom’s key ingredient, mitragynine, can cause “stimulant” or energizing effects — similar to caffeine and amphetamines. At higher doses, it can cause opioid-like effects similar to narcotic pain medications. Because of this, it has become popular with people recovering from opioid addiction and drug abuse.

People who abuse drugs, or are on chronic opioids, may view kratom “as something [they] can get easily, and try themselves,” Henry Spiller, director of the Central Ohio Poison Center, told ABC News.

Kratom is easy to buy in stores or on the web. While it can relieve pain and make people feel more energized, scientists are unsure what doses are safe to take, or if it is safe to use at all.

The supplement has been linked to 91 overdose deaths in 27 states, according to the CDC. In recent years, both the Food and Drug Administration and Drug Enforcement Administration (DEA) have issued warnings about kratom use.

As kratom has become more mainstream in the U.S., phone calls to the Poison Control Center for accidental kratom overdoses have skyrocketed. A recent study showed that the number of kratom exposures was 52.5 times higher in 2017 than 2011. Most of these phone calls came from young adults age 20 or older, and about 70% of them were men, according to the CDC.

The people at the highest risk of kratom-involved deaths are those with a history of substance abuse. According to postmortem tests performed by the CDC, most people with kratom-involved deaths died by fentanyl and heroin overdose. These people often tested positive for multiple drugs, including prescription pain medications.

It is unclear where kratom use increased their risk of overdose-related death.

“Most people are not aware of its risks, including potentially serious, drug-drug interactions,” Spiller added. “We need to let [people] know that just because kratom is a natural medication, that doesn’t mean that it’s safe. It is quite potent, and can have serious, untoward effects.”

Navjot Kaur Sobti is an internal medicine resident physician at Dartmouth-Hitchcock-Medical Center/Dartmouth School of Medicine and a member of the ABC News Medical Unit.