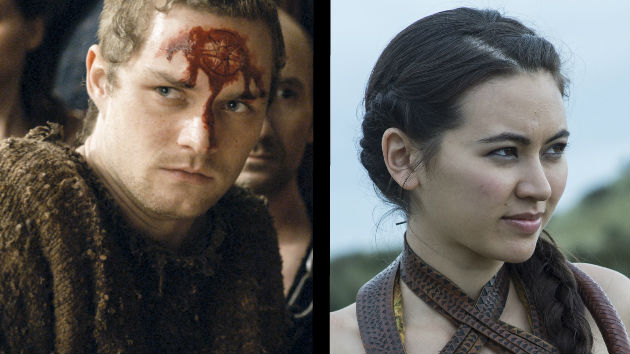 (NEW YORK) — The eighth and final season of HBO’s Game of Thrones kicks off Sunday night, and millions of fans all over the world will be tuning in — including former cast members whose characters didn’t survive to see who will ultimately sit on the Iron Throne.

Finn Jones played Ser Loras Tyrell, the younger brother of Queen Margaery Tyrell, who were both obliterated in Season 6, when Cersei blew up the Great Sept of Baelor.

“Yeah!” Jones told ABC Radio when asked if he’ll be watching this weekend. “I mean, I love the show. I was a part of it from the first season, so I was in that show for six years, and it was really amazing to see the growth of the show and also the growth of the actors throughout those years.”

Jessica Henwick played Nymeria Sand, the whip-brandishing member of the Sand Snakes, the daughters of Oberyn Martell and Ellaria Sand. Nymeria and her sister Obara were murdered early on in Season 7 by Euron Greyjoy and his crew.”I am so grateful that I got to be a part of that show. I love it. I think it’s amazing. Yeah I’m a hardcore fan,” She laughs. “[I]t was a privilege, and I feel really lucky. Really, really, lucky.”

Aidan Gillen met his end as the scheming Lord Petyr “Littlefinger” Baelish in the season seven finale, when Arya cut his throat.

“I am excited for it and I will be watching with the rest of us and that’s a nice way to do it,” he tells ABC Radio. “I guess in the past I’ve always known what was going to happen and now I don’t, which I quite like. But I am invested in the story for sure. Genuinely have no idea where it’s gonna go.”

John David Washington talks following in the footsteps of his Oscar-winning dad, Denzel Washington
Vanessa Bryant remembers Kobe and Gianna on one-year anniversary of their deaths
Stop accusing Jennifer Lopez of having Botox: “Please don’t call me a liar”
Keira Knightley will no longer do nude scenes for male directors
Biden says he will replace the entire federal fleet with electric vehicles
Biden’s 1st 100 days live updates: Senators to be sworn in for Trump impeachment trial