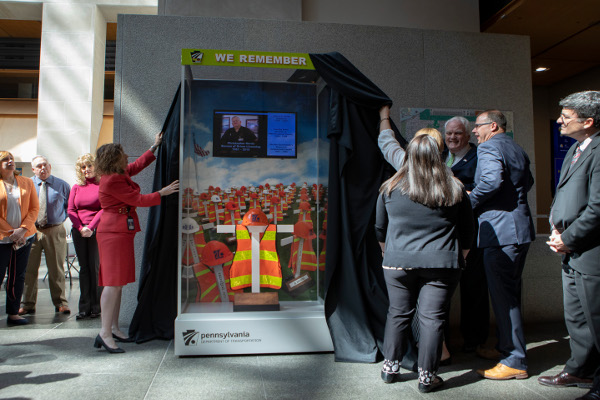 Harrisburg, PA – As we’re getting into PennDOT’s busy season where more roadways are under construction, please remember to slow down in those zones and keep an eye out for workers.

People’s lives are on the line, like Bobby Gensimore, a PennDOT foreman who was killed last year in a work zone by a distracted driver. His wife, Missy Gensimore, has dedicated herself to preventing it from happening to someone else.

Click Here to see more photos and videos from the event.

“PennDOT takes pride in considering safety top priority,” Richards said. “Any fatality that happens on our roadways is one too many, so we continue to raise awareness while also honoring the fallen.”

Students from across the state were also in attendance displaying innovative work zone safety solutions as part of the annual PennDOT Innovations Challenge. The challenge invites high school students in grades 9-12 to use their problem-solving, creative and strategic-thinking abilities to solve real-world transportation challenges while encouraging them to consider PennDOT as a future employer.

“As a nationwide partner in highway safety, ATSSA represents industry professionals in many focus areas including pavement marking, traffic services and signals,” said Rohrer. “We think investing in our students is vital to the future of transportation and as an organization we are proud to be involved in this year’s PennDOT Innovations Challenge.”

In addition to crash data from police reports, PennDOT monitors work-zone safety with internal reports. In 2018, there were 99 intrusions in PennDOT work zones. Of those work-zone intrusions, eight resulted in injures to PennDOT employees, 44 caused damage to PennDOT fleet or equipment, and 47 did not result in injury or damage but had the potential to do so.

As of April 3 this year, there have been nine work-zone intrusions, with none resulting in employee injury, four causing damage to vehicles or equipment and five causing no damage or injuries.

Also during the event, Richards unveiled a display that honors the department’s fallen employees and will serve as a permanent worker memorial at the department’s headquarters in Harrisburg.

Pennsylvania law states that anyone violating the posted speed limit by more than 5 mph will face doubled fines. The fine is determined based on the amount the driver is traveling over the speed limit. Governor Tom Wolf signed a law in 2016, that says any driver who causes serious bodily injury within a work zone could face up to $5,000 in fines and a six-month license suspension. A driver causing a death within a work zone would face up to a $10,000 fine and one-year license suspension. In addition, drivers who don’t turn on their headlights in posted work zones face a $25 fine.

Since 1970, 89 PennDOT employees have died in the line of duty. For more information on work zone safety visit, penndot.gov/safety. Join the discussion on social media by using #Slow4Zone and #NWZAW. 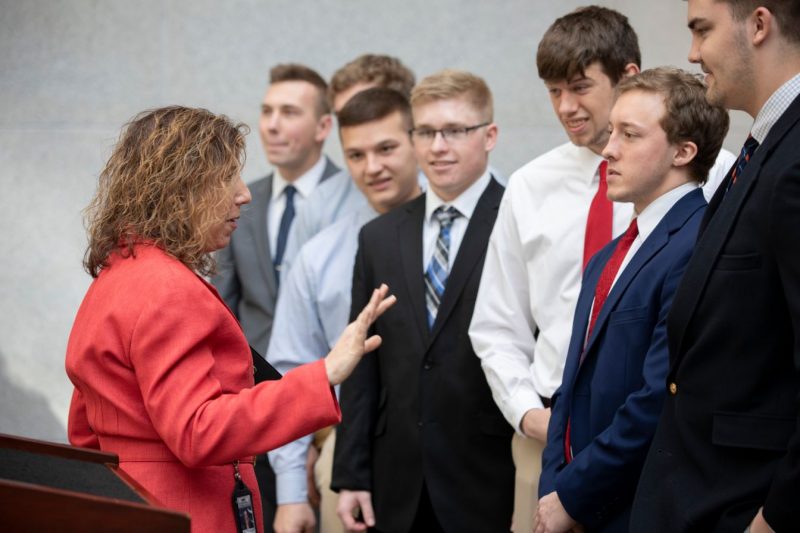 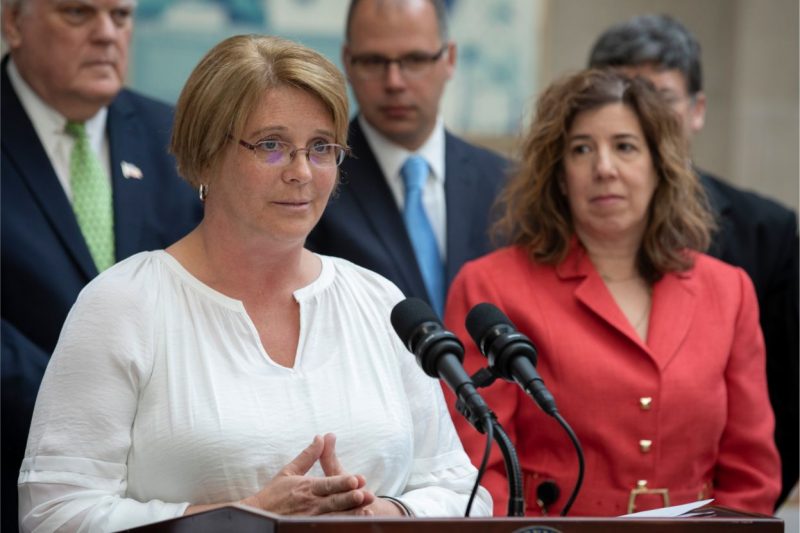 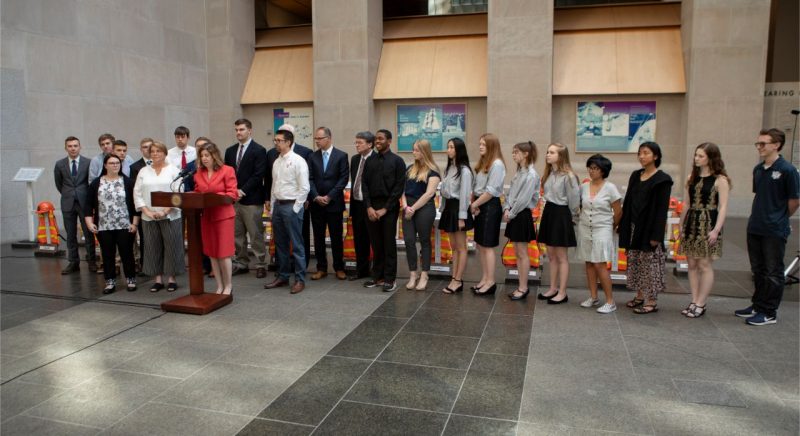 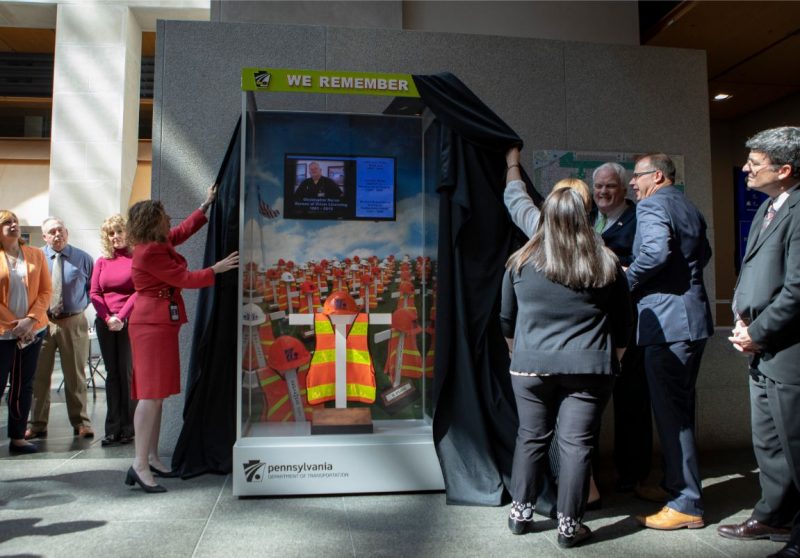