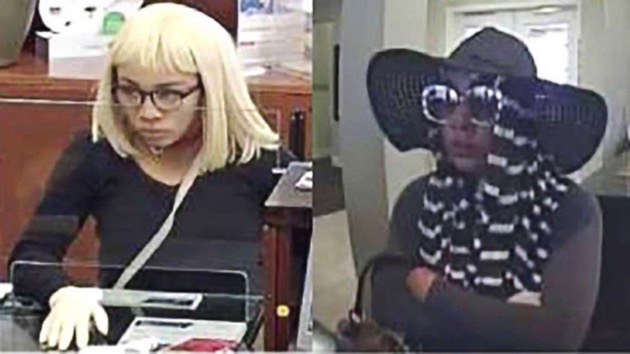 (DENVER) — The FBI is asking the public for help identifying the “Glamour Shot Bandit” — a robber wanted for targeting six Denver banks in the last three weeks.Investigators said the woman, believed to be in her 20s, earned the moniker because she wore heavy makeup, large hats, big sunglasses, gloves and heavy makeup during the robberies.The FBI warns that her “level of violence is intensifying” because she showed a handgun in one robbery and targeted multiple banks in one day.The six robberies or attempted robberies at Denver banks span from March 22 through April 9, the FBI said. The most recent three crimes all occurred within two hours on April 9.

.@FBIDenver and the @DenverPolice need your help. Please call @CrimeStoppersCO at 720-913-7867 if you have information regarding the “Glamour Shot Bandit.” The suspect has robbed, or attempted to rob, six banks in three weeks. A reward of $2,000 is being offered. #wanted pic.twitter.com/ZZRZN1kEbX