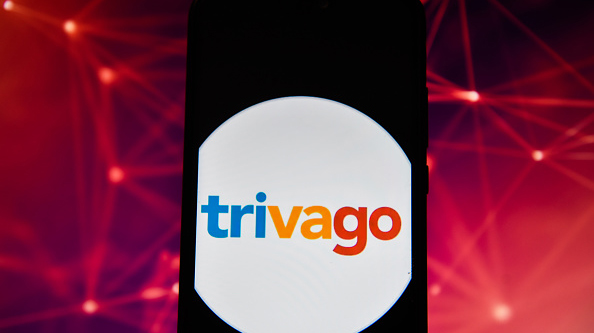 (NEW YORK) — Actor Tim Williams, whose lengthy acting career began its peak streak in 2013 when he was cast in a popular series of ads for the German-based discount travel website Trivago.com, was arrested in Houston and charged with driving while intoxicated after police said they found him unconscious behind the wheel of a car on Wednesday afternoon.Williams was reportedly found with his foot on the brakes in a moving lane of traffic, according to ABC News Houston affiliate KTRK-TV.The actor became a pop culture cult favorite in the United States for appearing – scruffy, beltless and full-on hipster – in Trivago commercials to urge Americans to “find the ideal hotel for the best price.” The appearances proved to be a boon for the company, spawning branding and gender equality think pieces, fake Twitter accounts and fashion essays with titles like “How to Get the ‘Trivago Guy’ Look.”Efforts to reach Williams at his Houston home were not initially successfully, and it was not immediately clear whether he had retained a defense attorney. A spokesperson for Trivago did not immediately respond to an ABC News request for comment about the arrest.Williams got into acting in high school, according to a biography posted on his official Facebook page.After his parents divorced, he moved with his mother and sister to Houston from New York City.“I walked into the drama class one day after school and asked the teacher if she could make me an actor,” he is quoted as saying in the biography.Williams got his first acting role in a bit part on The Cosby Show – which never made air, according to the biography. Williams had played a teenage boy who had gotten a teenage girl pregnant. He landed landed a role opposite “Homeland” actress Claire Danes in her own breakaway hit show, “My So-Called Life,” before appearing in other hit shows like “Law & Order,” “The Sopranos” and “Strong Medicine.” He went on to appear in big-budget films including “Valkyrie,” “Ninja Assassin,” “The Apparition” and “Labyrinth of Lies.”Williams moved to Germany in response to acting work there, and eventually auditioned for a voice-only role in a commercial for Trivago, the popular German-based travel website.A second audition put him on camera, and for the past five years Williams has been the “face” of Trivago, according to the biography.From there his star rose swiftly.The following year, Rolling Stone Magazine published a feature story about Williams, “What’s the Deal with the Trivago Guy? Meet TV’s Sloppy, Sexy Pitchman.”The article described Williams as “far from your average spokesperson.””From his overall lack of grooming – mussed hair, slight scruff and a wrinkled wardrobe that looks like the director surprised him on laundry day (why is he not wearing a belt?) – to the bags beneath his eyes, which suggest that he’s seen some shit, TG is the rare pitchman capable of haunting your dreams while simultaneously enflaming your loins,” the article noted, puckishly.

Women diagnosed with breast cancer amid COVID-19 stress importance of mammograms
Dolly Parton teams up with other artists for song to support fight to end breast cancer
How will Biden deal with Trump’s personal attacks at Thursday’s debate?
Trump’s Operation Warp Speed adviser: All Americans could be immunized with COVID vaccine by June
Ryan Seacrest tests negative for COVID-19, returns to ‘Live With Kelly and Ryan’
DOJ makes $8B settlement with Purdue Pharma, OxyContin manufacturer, for role in opioid crisis