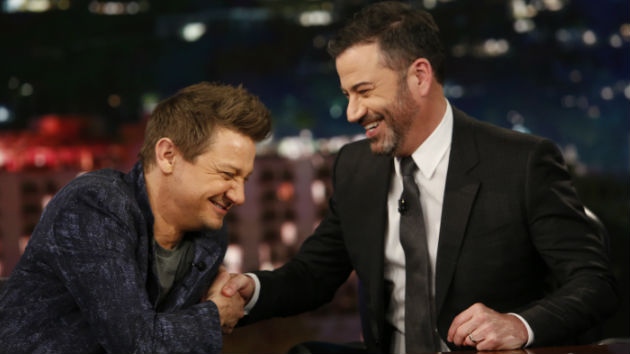 For celebrities on a big film, part of the bargain is traveling the world to do countless interviews to promote it. In the case of Avengers: Endgame, however, secrecy is so tight, there’s not much they can say about the film, Renner told Jimmy Kimmel Wednesday night.

Wearing a shirt with his “Avenger friend Paul” on it, Renner explained, “Paul and I decided to make up a movie that we’re in that we CAN talk about. So we’re 50 year-old virgins, and we can talk about that movie all you want!”

Even the haircut for Renner’s Avengers character is considered too spoiler-y to touch, according to the actor. While it’s already been revealed that Hawkeye has been operating undercover as an assassin called Ronin when Endgame begins, Renner wouldn’t confirm that — or that his character’s changed appearance had anything to do with it.

What he offered instead was, “50-Year-Old Virgins is now in theaters!”

However, on April 26, Avengers: Endgame will be.