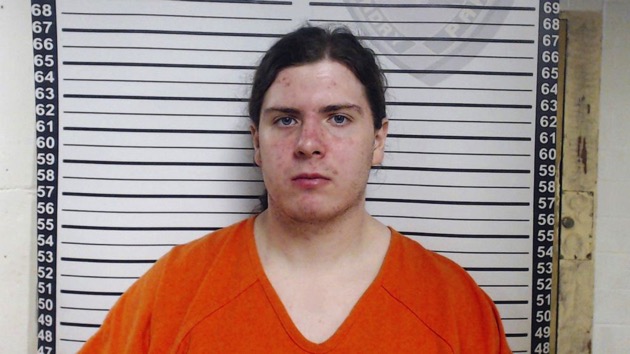 (ST. LANDRY PARRISH, La.) — The suspect who was arrested in connection to three fires at black churches in Louisiana had ties to “black metal” music, investigators said Thursday.Authorities apprehended Holden Matthews, 21, in St. Landry Parrish after they identified him as the suspect in allegedly setting the fires over a span of 10 days.”We saw an immediate threat of public safety. We felt that other crimes were imminent,” Louisiana State Fire Marshal “Butch” Browning.Matthews is being held in St. Landry Parrish jail on three counts of simple arson of a religious building.Browning said that “we’re still vetting several motives,” but added that they have found that Matthews had ties to “black metal and its association and history with church burnings in other parts of the world.”Black metal, a distant genre of devil-worshipping death metal music, has roots in the Norwegian heavy metal scene that reportedly was the inspiration for several church burnings in the country in the early 1990s.Gov. John Bel Edwards said that while there were four fires in Louisiana in a 10-day span, only three were in St. Landry Parrish; the other fire was more than 220 miles away and was not connected, authorities said.”I don’t know what this young man’s motive was … it cannot be justified or rationalized. These are evil acts,” Edwards said.Investigators found a gas can at the scene of one of the fires, according to the affidavit in the case. They traced it back to a local Walmart and linked it to Matthews’ credit card, according to the affidivat.Surveillance of Matthews at the Walmart and cell phone tower data placing him at the churches when the fires were set was also part of the evidence, the affidivat states.The blaze at the St. Mary Baptist Church was reported on March 26, followed by Greater Union Baptist Church on April 2, and then Mount Pleasant Baptist Church last Thursday. Officials have not determined the exact cause of the fires.Sheriff Bobby Guidroz of St. Landry Parrish said that while Matthews’ father works as a deputy in his department, he did not, as has been reported by some media, turn his son in or identify him.”Holden Matthews’ father did not turn him in. We did not get any tips from the hotline. We got a lot of tips from the public and we investigated many tips and leads,” Guidoz said at a news conference Thursday.Guidoz said that Roy Matthews, the suspect’s father, is “shocked and hurt, as any father would be.””He knew nothing about his son’s activity,” Guidoz said. “He was in terrible shape.”Prior to the announcement of Matthews’ arrest, one local elected official said the fires appeared intentional and the NAACP categorized them as “domestic terrorism.””For decades, African-American churches have served as the epicenter of survival and a symbol of hope for many in the African-American community,” NAACP President and CEO Derrick Johnson said. “As a consequence, these houses of faith have historically been the targets of violence.”Johnson noted that the fires had occurred within the same time span of another suspicious blaze in Tennessee, where a social justice training center was burned and tagged with anti-Semitic slurs.”What is happening in Tennessee and Louisiana is domestic terrorism and we must not turn a blind eye to any incident where people are targeted because of the color of their skin and their faith,” Johnson said. “The spike in church burnings in the Southern states is a reflection of emboldened racial rhetoric and tension spreading across the country.”Edwards made a similar point during Thursday’s news conference, saying that people are “deeply troubled by the disturbing string of church fires.””It reminds us of a very dark past of intimidation and fear,” Edwards said.”Hate is not a Louisiana value and violence has no place in our communities,” he said, adding that it was a “reflection of one depraved individual.” Copyright © 2019, ABC Radio. All rights reserved.