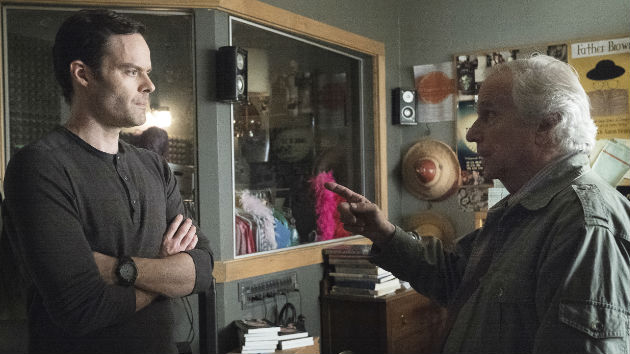 (NEW YORK) — HBO’s has given the green light to a third season of its dark comedy Barry — just two episodes into its second season. SNL vet Bill Hader plays the title character, a hitman who accidentally catches the acting bug. The show, which also stars Stephen Root and Sarah Goldberg led Henry Winkler to his first-ever Emmy win.

The beloved Happy Days star, who plays Barry’s clueless-but-confident drama teacher, Gene Cousineau, gives all the praise to the “innately funny” Hader, and his show co-creator Alec Berg. Berg is a veteran of classic comedies like Seinfeld and The Simpsons, and the HBO hits, Silicon Valley and Curb Your Enthusiasm.

Winkler tells ABC Radio, “[T]ogether they are really brilliant. They co-write, they co-direct, they co-produce, and then of course Bill stars. And I,” Winkler adds, “I am in the presence of greatness.”

He explains that the teacher he plays — who knows nothing about Barry’s day job — is “an amalgam” of teachers he’s heard about in his years on stage and screen, though there’s one thing they had in common: his character’s pretentious-yet-silly-looking wardrobe. “Do you know what? All of the teachers I’ve had, all of the teachers I’ve heard about, and those I’ve researched, most of them wear what I wear in the show,” he says, affecting a snotty voice, “some kind of safari jacket, you know.”