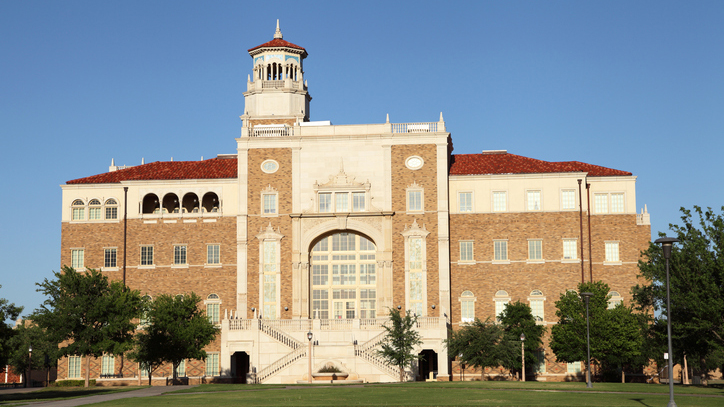 (WASHINGTON) — The Trump administration is requiring Texas Tech University to cease its practice of using race as a factor during the admissions process as part of an agreement with the Education Department’s Office for Civil Rights, according to the resolution agreement viewed by ABC News.The move comes following an investigation that was opened more than a decade ago into the university’s pharmacy and medical schools and is an attempt to ensure the university is in compliance with federal civil rights laws, according to Department of Education spokesperson Liz Hill.The Wall Street Journal was first to report on the agreement.In question was whether the school’s admission practice violated part of the Civil Rights Act. According to the resolution agreement, if the university wishes to re-institute a policy that involves the use of race in admissions, it must provide “a reasoned, principled explanation for its decision,” and identify “concrete and precise goals” to the Office for Civil Rights 60 days prior to doing so.Peter McDonough, vice president and general counsel at the American Council on Education, a nonprofit with members across the spectrum of higher education, said the Education Department’s decision “is a pause, not a prohibition.””It looks to me like this was more about process and documentation than anything else,” McDonough said. “What is important is that OCR did not find any failure on the medical school’s part to narrowly tailor their use of race in admission as the Supreme Court standards require.”McDonough said he worries about the chilling effect it may have on universities’ abilities to diversify their classes.However, Art Coleman, managing partner of the education consulting firm Education Counsel and former deputy assistant secretary of the U.S. Department of Education’s Office for Civil Rights, cautioned not to read too much into the resolution.An individual resolution with an institution doesn’t set the stage for consequential action elsewhere, he said.”We are sitting on top of 40 years of U.S. Supreme Court precedent. It gives us very clear guidance on how to pursue diversity goals that may be associated with race. The department hasn’t, nor could it, overrule that guidance or those foundations. And so for institutions that are actually doing the right thing, taking the right steps,” Coleman said, “they should feel well armed.”The agreement between the university and the Education Department was made at the end of February, which the Texas Tech entered into voluntarily.Last year, ABC News reported that the Education Department and the Justice Department rolled back Obama-era affirmative action guidance, arguing that the previous guidelines went beyond the requirements of the Constitution to “prematurely decide, or appear to decide, whether particular actions violate the Constitution or federal law.”At the time, Education Secretary Betsy DeVos in a statement said, “The Supreme Court has determined what affirmative action policies are Constitutional, and the Court’s written decisions are the best guide for navigating this complex issue. Schools should continue to offer equal opportunities for all students while abiding by the law.”