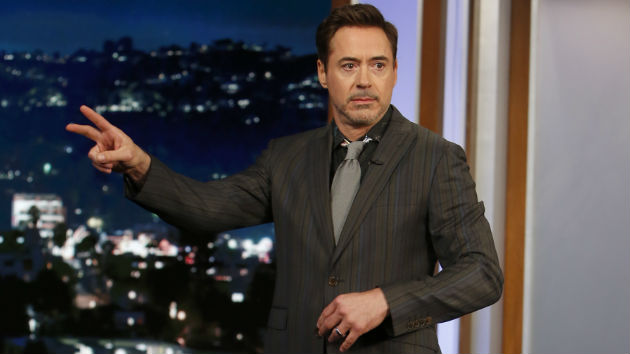 (LOS ANGELES) — With Avengers: Endgame hitting theaters in just a matter of weeks, the movie has already shattered every pre-sales record to date, and has many in the industry wondering if it could be the first ever to make $300 million in a single day.

Robert Downey Jr., the then-unlikely star upon whose armored back the Marvel Cinematic Universe launched way back in 2008 with Iron Man — and who is rumored to be wrapped for good with Endgame — is looking back fondly.

His Avengers co-stars have referred to Downey as the “Godfather” of the MCU, taking each new Marvel movie star under his wing as the cast of characters grew…and grew. To Good Morning America, he beamed about his super friends. “It is that it is that family you choose, even though the fates brought us together,” said RDJ, who turned 54 last week.

“I can look at each of my costars and recall many times that we sought each other out when there was no call sheet,” he said, referring to days when they actors aren’t not working together.

“It’s…been an amazing — we’ve been using the words ‘surreal’ and ‘dreamlike’ and all that, but I think…it’s been a very blessed affair.”

Families say more should have been done after 3 murders at New York City housing complex
Larry King remembered by celebrities, politicians: ‘A newsman who interviewed the newsmakers’
“I was just trying to keep warm!” Bernie Sanders laughs on ‘Late Night’ about his meme-ready picture
Olivia Jade returns to YouTube after over a year, “I can’t change the past”
How working from home due to COVID could be a double tax hit for some
Some COVID-19 variants spread more easily than original: Here’s why