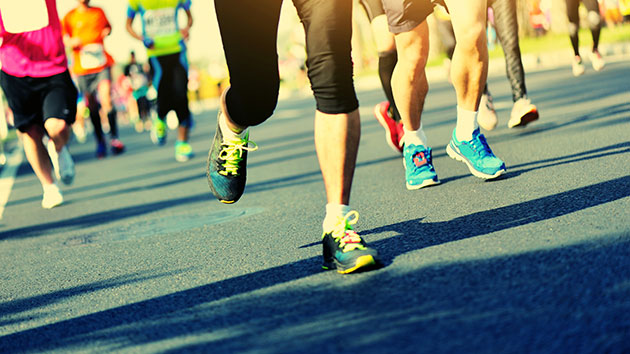 (NEW YORK) — Long distance runner Meb Keflezighi capped off his storied professional career last year, first finishing the Boston Marathon in April and then the New York City Marathon in November, his twenty-fifth and twenty-sixth overall.”The reason it’s 26–one for each mile,” he tells ABC News in an exclusive conversation about his new book, 26 Marathons. “And I hope to give back in the next chapter of my life.”Keflezighi devotes a chapter to each marathon, reflecting on the life lessons he took from every race. He tells ABC News some of those lessons came during losses, and even before he started racing marathons:”My first marathon, everybody goes through it, I hated it–didn’t want to partake in any of it. But I went down to humble beginnings at Eritrea and saw how people were living without electricity and running water and I guess I just went the last bit of my first marathon and put it in perspective.”Born and having spent his childhood in Eritrea, Keflezighi eventually moved to California, where he began running competitively. He says he would recall hardships from his childhood for motivation as he pushed through each grueling race.He ran on behalf of charities during his career and hopes to continue to work with youth through his MEB Foundation. With his book, he hopes to share lessons about competition and staying optimistic, and discovering the drive and will to never settle:”You can do everything right, and sometimes the chips juts don’t fall into place. I didn’t qualify for Beijing Olympics in 2008, a good friend who I ran with died of cardiac arrest, and I thought ‘am I going to make it, am I going to keep going?’ You’re not going to win every race… but it makes you look at the glass half-full instead of half-empty to just say, ‘I was top ten, I’m happy about that, maybe I can move to the podium next time.’ … next time I want to work hard and seize the opportunity to win.”Copyright © 2019, ABC Radio. All rights reserved.