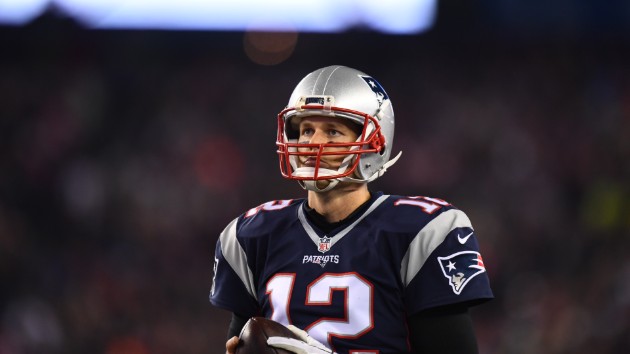 (KANSAS CITY, Mo.) — Future Hall of Famer Tom Brady is used to throwing lasers, not having them shined in his face.Nonetheless, Jackson County Prosecutor Jean Peters Baker announced Tuesday that Dwyan Morgan, a 64-year-old Kansas City Chiefs fan, had been cited for shining a laser in the eyes of the New England Patriots quarterback. The incident allegedly took place during a playoff game when the Patriots faced the Chiefs at Arrowhead Stadium in Kansas City, Missouri, on Jan. 20.Morgan, from Lee’s Summit, Missouri, faces up to a year in prison and a fine of up to $1,000.The citation was filed in Jackson County Municipal Court on Monday.Brady said following the game he was unaware of the laser being shined in his direction, though photos taken by Kansas City ABC affiliate KMBC-TV showed the green laser on his body during the game.The Patriots won the game, 37-31, in overtime, and went on to win the Super Bowl against the Los Angeles Rams.The NFL had already banned the man from Arrowhead Stadium for life.”There’s a lot of pride in Kansas City, and we and our fans thought, ‘You don’t do that here,"” one Chiefs official told ESPN’s Adam Schefter in February.Morgan is scheduled to appear in court on July 17.