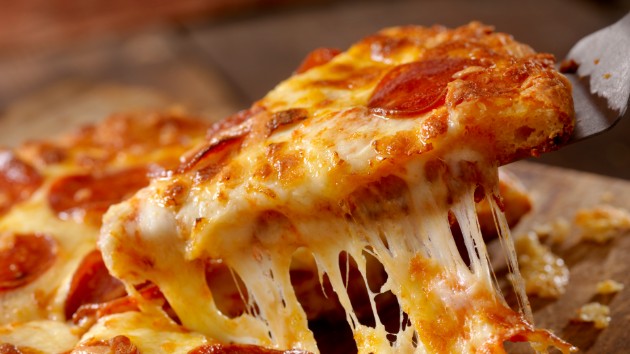 (NEW YORK) — A New Jersey-based professional actor was among a group of fake “mobsters” who pleaded guilty to federal extortion charges on Tuesday in connection with a failed shakedown attempt.Douglas Singer, 54, and Marianne Wood, 61, hired Leroy Wilson, an actor who made appearances on shows like Curb Your Enthusiasm and The Good Wife, to help them extort a Brooklyn, New York landlord who sold Singer his pizzeria business last year, federal prosecutors said in a statement. Wilson, 47, was hired to pose as the pair’s bodyguard when the unidentified victim sold Singer his pizzeria, located in a building the victim continued to own, the statement said.Wood identified herself as Singer’s business partner in a meeting with the victim last November, when she demanded that he pay them $198,000 by the day’s end, the Department of Justice said in a statement. She claimed she calculated the figure by adding the sales price of the pizzeria to the security deposit, costs for equipment and renovations, and alleged operating losses, but the landlord wouldn’t bite, according to the statement.”Wood then produced photographs of the victim, his spouse and children and explained that it would be in the best interest of everyone for the owner to pay up,” the statement said. “Wilson, an actor who had been recruited to play the role of a bodyguard, leaned forward toward the owner during the threatening conversation, revealing a pistol holstered on his hip.”The victim reported the threats to police after the meeting and investigators later discovered messages between Singer and Wilson where the actor was given directions for his role, which called for a fake gun, prosecutors said.“I was wondering if you might be interested in a kind of acting gig. I need a couple of guys to escort my associate [Wood] while she delivers a demand to my landlord,” Singer said in one message, according to the DOJ. “You will simply have to stand in the background and appear to be muscle.”“Is it possible for you to wear a dark suit but no tie? Maybe a white shirt? And dark sunglasses,” he asked in a separate message.Investigators searched Wilson’s home and found the black prop pistol and leather jacket that he wore during the November meeting at the pizzeria, according to surveillance footage.Singer, Wood and Wilson each pleaded guilty to extortion conspiracy charges. They face up to 20 years in prison.“A group of people doing their best to act like a group of mobsters, shaking down a pizzeria owner, will now face a steep price for what they described as ‘kinda fun,"” FBI Assistant Director-in-Charge William Sweeney said in a statement. “Business owners who are trying to make an honest living, shouldn’t have to fear someone with no legal power over them, extorting and threatening their livelihoods.” Copyright © 2019, ABC Radio. All rights reserved.