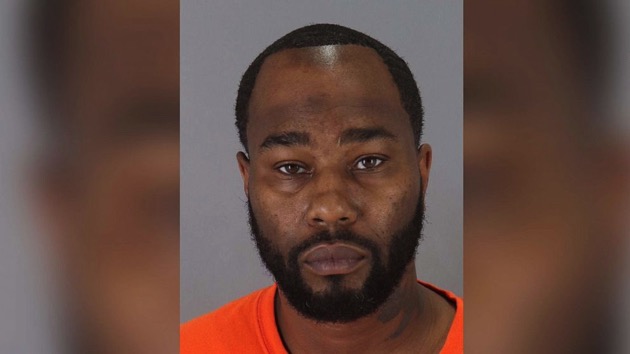 (SAN MATEO, Calif.) — An Uber driver has been arrested for allegedly burglarizing at least one home after he dropped a couple off at an airport, according to police.Jackie Gordon Wilson, 38, allegedly dropped the passengers off at San Francisco International Airport on Thursday before returning to the Airbnb they were renting in San Mateo an hour later to break into the home, according to the San Mateo Police Department.A security alarm at the home on Rand Street scared Wilson off, and he allegedly ended up blocks away at another home on Nash Drive, which he “completely ransacked,” police said.The suspect “tore apart the whole house,” one of the residents, who only wished to be identified by his first name, Scott, told ABC San Francisco station KGO.”All the drawers were open — every piece of furniture moved,” Scott said. “He opened my safe.”Among the items Wilson allegedly stole was a Holocaust-era heirloom that Scott’s girlfriend, Chana, inherited from her grandmother.”For him that was just something to pawn off,” Chana said, almost in tears, per KGO. “To me that was the memory of my grandmother.”

San Mateo Police Department identified and arrested an Uber driver when residential security cameras captured him burglarizing a residence shortly after finishing a ride to the airport. For more info, https://t.co/b0K98ezEbh pic.twitter.com/zfdZGGB9hz

Surveillance video from multiple homes and shared on the community home security app Ring captured an image of Wilson walking around the neighborhood at that time, police said. He was also caught on camera at both homes on Rand Street and Nash Drive, police said. The surveillance video from the latter showed him walking out of the home with a duffel bag, KGO reported.The videos helped investigators “connect the dots,” San Mateo officer Michael Haobsh told KGO.After seeing the video, the homeowner of the Airbnb “immediately” contacted his most recent tenants to ask if they recognized the man, Scott told KGO. They then identified him as their Uber driver, Scott said.Police used information from the Uber app to track Wilson down and arrested him at his home in Rancho Cordova in Sacramento County on Friday. At the time, he was wearing the same clothes seen in the video the day before, police said.In a statement to ABC News, a representative for Uber said the company removed the driver’s access to the app as soon as they were made aware of the allegations against him, adding that they “stand ready to assist police in their investigation.ABC News could not immediately reach Wilson for comment. It is unclear if he has retained an attorney. Copyright © 2019, ABC Radio. All rights reserved.