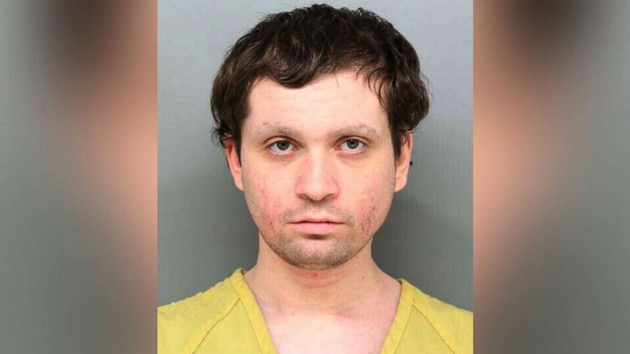 (CINCINNATI) — A convicted felon who impersonated an Ohio boy that vanished in 2011 at age 6 is scheduled to appear in court Tuesday afternoon on charges of lying to federal agents, a cruel hoax that briefly lifted the hopes of the missing child’s loved ones.Brian Michael Rini, 23, is expected to appear in U.S. District Court in Cincinnati.Rini led authorities in three states on a wild goose chase on April 3 when he was found wandering around the streets of Newport, Ky., and then telling police he was Timmothy Pitzen — the Aurora, Ill., boy who disappeared when he was 6 years old in 2011 and would be 14 years old now. Rini allegedly told police he had escaped from two kidnappers, both white males with “body-builder-type builds, who had been holding him at a motel in the Cincinnati suburb of Sharonville.Detectives from the Cincinnati Police Department and agents from the Federal Bureau of Investigation (FBI) in Chicago probed the claims made by Rini, who refused to submit his fingerprints but gave investigators a DNA sample that showed he was an imposter, according to a criminal complaint.”It’s devastating,” Timmothy’s aunt, Kara Jacobs, told reporters after authorities revealed the imposter’s true identity. “It’s like reliving the day all over again,” she said. “Timmothy’s father is devastated once again.”Timmothy was last seen in 2011 being checked out of his Aurora school by his mother, Amy Fry-Pitzen, police said. The search for him and his mother spanned the region before his mother was found dead by suicide in a motel room in Rockford, Ill.Fry-Pitzen left a note saying Timmothy was safe with people who were caring for him, but would never be found, police said.After he was confronted with the DNA test results that confirmed he was not Timmothy, Rini confessed to his alleged lie and said he learned about the boy from a report on the case that aired on ABC’s “20/20,” according to the criminal complaint.”He stated that he wanted to get away from his own family,” Cincinnati Police Detective Mary Braun, who is also a member of an FBI Task Force on missing and abused children, wrote in the criminal complaint. “When questioned further, Rini stated that he wished he had a father like Timmothy’s…”According to the criminal complaint, Rini, who has a long criminal record, was released from an Ohio prison on March 7. Ohio Department of Rehabilitation and Correction officials said Rini served an 18-month sentence for burglary and vandalism.On two previous occasions, Rini falsely “portrayed himself as a juvenile sex trafficking victim,” according to the complaint.Copyright © 2019, ABC Radio. All rights reserved.