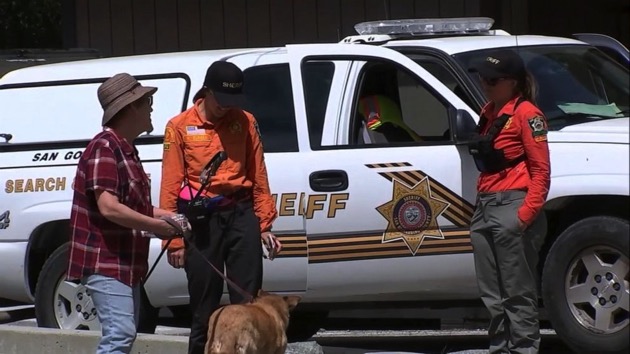 (KABC) Rescue workers are searching the area around Mount Baldy and Cucamonga Peak in California's San Gabriel Mountains for two missing hikers who haven't been seen since April 6, 2019.
Posted on April 9, 2019 by ABC News

(SAN BERNARDINO, Calif.) — A search is intensifying for two Southern California hikers, who have been missing for days in the Mount Baldy area.Eric Desplinter, 33, and Gabrielle Wallace, 31, were last seen at about 10 a.m. Saturday and believed to be headed toward Cucamonga Peak, according to the San Bernardino County Sheriff’s Department.Desplinter — an experienced hiker — and Wallace were supposed to return by 7 p.m., and when they still weren’t back by 8 p.m., a friend notified authorities, said the sheriff’s office.They are believed to have limited food and water, said the sheriff’s office.Some local hikers have said conditions are icy and dangerous, reported ABC Los Angeles station KABC.Helicopters are involved in the search and rescue teams from the Los Angeles and San Diego areas are helping as well, authorities said.