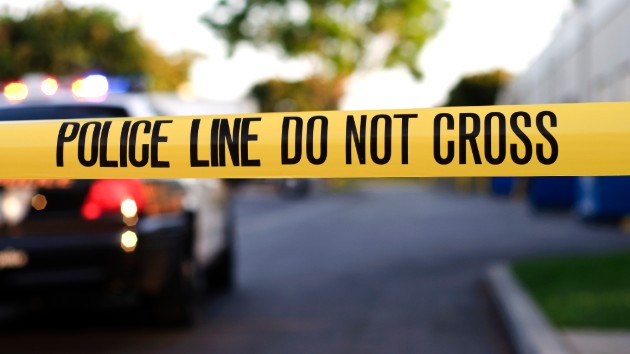 (CHICAGO) — Two young children were among six victims who were shot Saturday outside a baby shower in Chicago, police said.A 10-year-old girl and an 8-year-old boy were wounded during the shooting Saturday evening in West Englewood, according to a tweet from the Chicago Police Department’s chief spokesman.The shooting erupted when two men in dark clothing approached the gathering and “opened fire,” said Anthony Guglielmi, the department’s chief communications officer.The shooters fled the area on foot, he added. No one has been arrested, police said.The girl was wounded in the shin, while the boy was struck in the chest and back, police said. They were rushed to local hospitals and are both in critical but stable condition, Guglielmi said.”Our prayers are with the two young children that were injured yesterday,” he said in an email to ABC News.Information about the other victims was not immediately available.The other victims range in age from 23 to 42 years old. Three of the victims are stable, but one — a 29-year-old woman who was shot in the chest and shoulder — was in critical condition, police said.None of the victims, including the children, were identified. Detectives believe the shooting was payback for an earlier incident, Guglielmi said.”We suspect this could have been a possible retaliatory shooting from an earlier incident that stemmed from an ongoing gang conflict in that neighborhood,” he said.Investigators were working “around the clock” to track down the suspects, Guglielmi said.Some potential witnesses to the shooting, however, were not cooperating with police, he added.”Cooperation has been very limited with detectives,” he said.The Chicago Police Department is urging anyone with information to submit a tip here. Copyright © 2019, ABC Radio. All rights reserved.