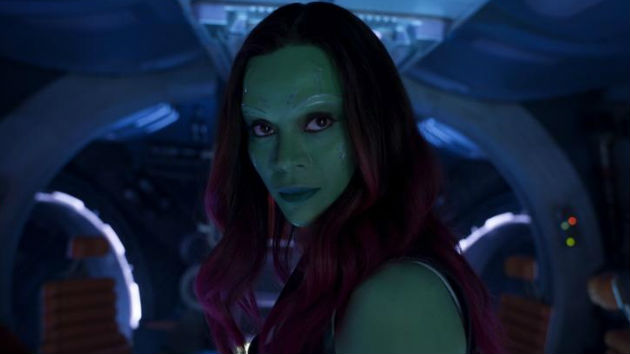 As you’ll recall, Gunn was fired from his writing and directing gig on Guardians of the Galaxy Vol. 3 last year, after inappropriate, nearly decade-old tweets he’d written resurfaced. Gunn apologized, and the Guardians cast issued a joint statement of support of Gunn, but Disney didn’t seem inclined to rehire him…until last month, when he was abruptly reinstated.

Saldana told Variety, “I’m really excited, and I’m proud of [Disney] for stepping up.  She added, “I think the theme of redemption is a theme that we weren’t ready to discuss in 2018 because it was important for women to also strive to make workplaces more ethical and more professional. Not just for women but for men, as well.”

“But leaving that space for redemption, for error, and then coming forward with so much humility and saying, ‘We acted impulsively and we’re going to rectify this,’ Disney is a big entity and they make content for younger audiences,” she continued. “You’re sending a strong message to kids, and that, I commend them for it.”She added, “And obviously, I’m happy to have my captain back on board because we were panicking. No other person can be like James Gunn for Guardians.”Disney is the parent company of ABC News.