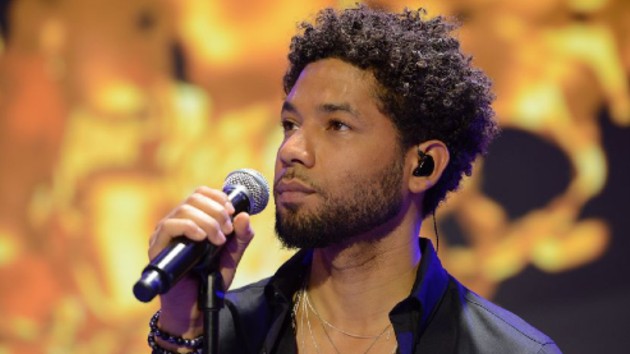 (CHICAGO) — On Thursday, the city Chicago threatened to file a civil lawsuit to force Jussie Smollett to repay the money police spent investigating his alleged attack.  Now, the Empire actor’s lawyer is calling the threat “unconstitutional.”

In a letter to the City of Chicago Department of Law obtained by ABC News,, Smollett’s attorney Mark Geragos writes, “Your unprecedented attempt to file a civil lawsuit against Mr. Smollett charging him…for ‘repayment of investigation costs’ is unconstitutional.”

He adds, “Your letter constitutes part of a course of conduct intended to harass and irreparably injure Mr. Smollett…[he] will not be intimated into paying the demanded sum.”

Noting that all criminal charges against the actor have been dismissed and the record sealed, the letter notes, “Your claim that Mr. Smollett filed a false police report and orchestrated his own attack is false and defamatory.”

“Any further prosecution of Mr. Smollett for making allegedly false statements about the January 29, 2019 attack would violate the federal and state ban against double jeopardy,” Geragos concludes.

Smollett claimed he was attacked by two men who beat him and put a noose around his neck while shouting racist epithets.  Police said they had evidence that Smollett himself staged the attack, but prosecutors dropped the charges in exchange for Smollett forfeiting 10% of his bond and repaying the $130,000.

The statement added, “The Law Department will file the suit in the near future…[and] will pursue the full measure of damages allowed under the ordinance.”

Pregnant doctor receives COVID-19 vaccine, urges others to as well
Why lawmakers tested positive for COVID-19 after Capitol riot, despite vaccinations
Biden to pitch an eight-year pathway to citizenship in day one immigration reform bill
FBI probes whether Capitol assault suspect tried to sell Pelosi computer to Russia
Trump clemency list expected to include Lil Wayne and a once powerful NY politician
Dems aim to address Biden priorities as Senate returns with impeachment trial looming