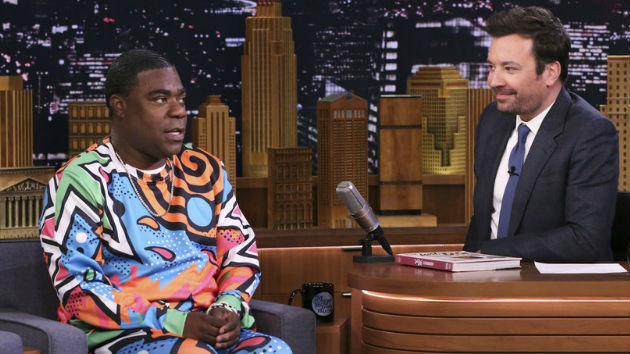 (NEW YORK) — Days after being lampooned again on Saturday Night Live and slammed by Chris Rock at the NAACP Image Awards, Jussie Smollett got flamed by Tracy Morgan for the Empire star’s reported hate crime hoax.

In an appearance earlier this week that’s now going viral, Morgan gave it to the actor with both barrels, first telling Jimmy Fallon that he’d been cast on Empire himself. “The gave me millions of dollars. Contractually, all I have to do is not fake a hate crime,” he jabbed, with a cackle, adding for good measure, a shouted “Jessie!” — the name Rock gave him during the awards show.

“Nah, man!” Morgan said. “First of all, racist people don’t be jumping people in the polar vortex,” Morgan said, referring to the historically cold weather on January 29, when Smollett claimed he was attacked by two white supporters of President Trump.

“Racists don’t be watching Empire,” Morgan said. “It’s too cold. They say, ‘[We’ll] be racist in the spring,” he said to laughs.

Chicago Police claimed they have the evidence that Smollett orchestrated the incident. Smollett, who maintains his innocence, saw all charges against him dismissed, in a controversial decision from prosecutors in Chicago.

A federal investigation into a threatening letter cops say was part of the hoax is still underway.