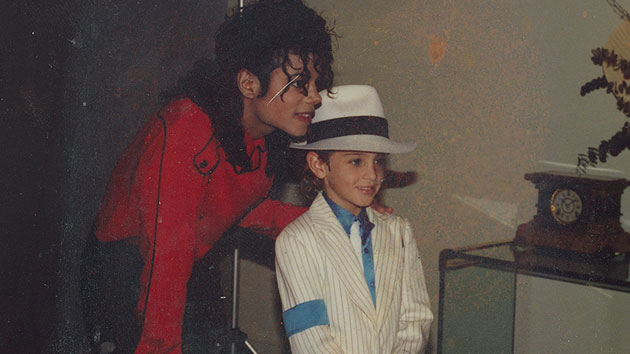 (LOS ANGELES) — Michael Jackson’s nephew, Taj Jackson, is looking to offer up an alternative response to HBO’s shocking Leaving Neverland film, by producing a documentary of his own.

In a new interview with Billboard, the son of Tito Jackson revealed that he is launching a GoFundMe account to help finance a docu-series which he hopes will aid in telling the “truth” about his late, legendary uncle.

“I knew I had to be someone out in front fighting for my uncle,” Taj told the music publication.

According to the 45-year-old Jackson heir, the documentary will analyze the very first allegations of abuse made against his uncle in 1993, as well as those made in 2005. Taj intends on highlighting the discrepancies in Leaving Neverland through a series of court documents, depositions and interviews.

“I’m not combating Leaving Neverland,” Taj further explained. “I’m doing a documentary about the media’s relationship with my uncle and how they’ve reported certain things as factual that were lies.”

“It’s going to be about debunking what you heard and sharing what really happened. I want to get the truth out there,” he added.

“The worst thing we can do is let this continued slander go unchallenged. I know that when we as a group are united, we are unstoppable,” the dedicated GoFundMe page reads.

While Taj has been adamant that his uncle is innocent, he claims that if he’d discovered evidence supporting the claims of abuse made by Leaving Neverland’s subjects, Wade Robson and James Safechcuck, he would have documented it.

“I’m all about justice. Integrity is everything for me,” he said.