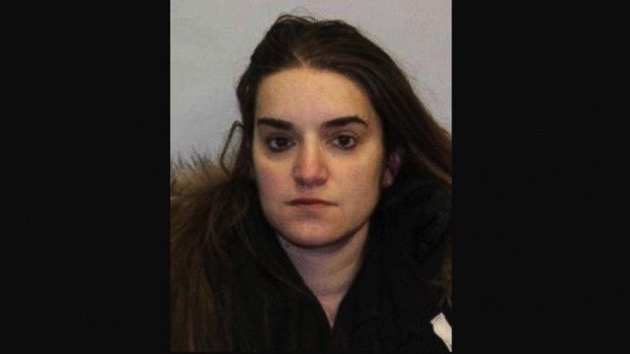 (NYPD) Jeanine Cammarata, 37, a substitute teacher and mother of three, has been missing on Staten Island since Saturday, March 30, 2019.
Posted on April 4, 2019 by ABC News

(NEW YORK) — New York City police have charged the estranged husband of a missing schoolteacher with assault even as she remains unheard from in five days.Michael Cammarata, 42, was charged with assault on Wednesday, according to police. His estranged wife, Jeanine Cammarata, remains missing.Michael Cammarata has not been charged in connection with his wife’s disappearance. He has been in custody since Tuesday and was charged with assault after allegedly admitting to hitting Jeanine in the past, according to New York ABC station WABC.Jeanine Cammarata, 37, is a substitute teacher at PS 29 on Staten Island and also works part time at Dollar Tree. She did not show up for either job this week and hasn’t been seen since Saturday night, according to the New York Police Department.Detectives were seen searching her apartment in New Brighton on Wednesday evening.The couple was in the process of divorcing and were in a legal dispute over custody of their three children.Eric Gansberg, her lawyer, told WABC on Wednesday that he had not spoken to his client this week and feared the worst. She did not show up for a scheduled court hearing this week, he said.”I’ve been doing this for over 35 years, nothing would surprise me,” said Gansberg. “This does not sound like it’s going to end well.”Jeanine Cammarata was reported missing by her current boyfriend Saturday night after she left his apartment and he could not reach her. Her boyfriend has been interviewed and is cooperating with police.Someone claiming to be Jeanine texted her friend Jessica Pobega on Sunday, but refused to speak over the phone when she doubted it was the missing mother. She told the person she was going to call police, to which the person texted they “didn’t want that.””I have the kids. … I apologize. I have to do this for the children,” the person responded via text.An emotional Pobega told WABC on Tuesday, “Something happened. Something bad happened. And I don’t know what it is, and I really hope I’m wrong.”Michael Cammarata is due in court on Thursday.