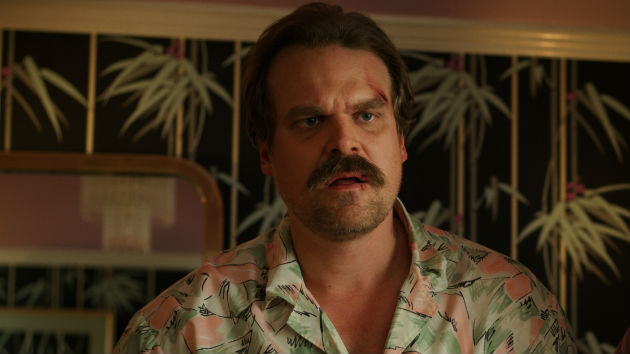 But typical of the secrecy that surrounds any Marvel Studios movie in development, we don’t know anything about what role he’ll be playing.  Johansson, of course, will reprise her role as Natasha Romanoff, who she’s played since 2010’s Iron Man 2.

The feature about Johansson’s KGB agent–turned assassin–turned S.H.I.E.L.D. agent–turned Avenger will be directed by Australian filmmaker Cate Shortland. It’s not known when the project is slated for release.

Harbour next hits theaters as the comic book hero Hellboy on April 12, and he’ll reprise his role as Sheriff Jim Hopper in the third season of Stranger Things, which debuts July 4.

Johansson can be seen in Avengers: Endgame on April 23.

Report: Dominic West in talks to play Prince Charles on final seasons of ‘The Crown’
Melissa Benoist is absolutely in love with being a mom
Puerto Rican vote becomes essential as early voting begins in Florida
Coronavirus live updates: Hospitalizations on the rise in 41 US states, analysis shows
‘Dancing with the Stars’ season 29 recap: Vernon Davis sent home while four tie in first place
With coronavirus concerns a factor, it’s all tied up in North Carolina: Poll