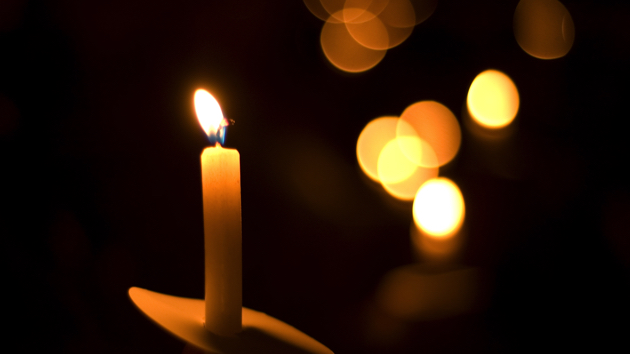 (ROBBINSVILLE, N.J.) — Slain University of South Carolina student Samantha Josephson “was the love of my life,” her boyfriend said at an emotional vigil on Tuesday night — days after police said the college senior was kidnapped and killed after she got into a car she mistakenly thought was an Uber.Family, friends and community members were among those sharing hugs, tears and stories at the candlelight vigil in Robbinsville, N.J., where 21-year-old Josephson grew up.”I see why she loved all you guys so much,” cried her boyfriend, Greg Corbishley. “I saw myself 10 years from now coming back to this place with her.”Samantha Josephson was alone when she requested an Uber ride early Friday morning, Columbia police said. After she got into a stranger’s car — mistaking it for her Uber — the child safely locks were activated, preventing her from escaping, police said.She died from multiple sharp force injuries, officials said, and her body was recovered in a wooded area.Corbishley called the crime an “unspeakable evil.”Her suspected killer, Nathaniel Rowland, was charged with murder and kidnapping, police said. He didn’t attend his first court appearance Sunday and is next due in court on April 22.”He was a monster,” Josephson’s father, Seymour Josephson, said the vigil. “What he did, I don’t want anyone else to go through it as a parent.””I requested to meet the officer that captured and arrested the person that,” Seymour Josephson said, choking up, “that murdered my daughter. I wanted to thank him.”In the wake of her slaying, Seymour Josephson urged his daughter’s classmates to be mindful of safety when calling for rides from companies like Uber.South Carolina legislators this week introduced the “Samantha L. Josephson Ridesharing Safety Act” which would require ride-sharing vehicles to have an illuminated, company-provided sign with the company’s “trademark or logo that is patently visible so as to be seen in darkness,” according to the bill.The bill also requires that an Uber or Lyft employee who stops working as a driver must return the light to the company, said South Carolina State Rep. Seth Rose, a co-sponsor of the bill.Robbinsville Mayor Dave Fried said at the vigil that he’s “truly in awe” Josephson’s parents who “were able to spring into action and use this as a teachable moment for all of us.”Mourners are set to gather at the college student’s funeral on Wednesday afternoon at Congregation Beth Chain, a synagogue in Princeton Junction, N.J.Copyright © 2019, ABC Radio. All rights reserved.