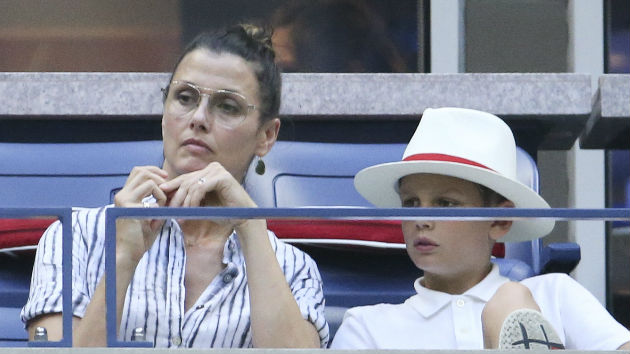 (LOS ANGELES) — Blue Bloods lead Bridget Moynahan recently spoke to People about a very sensitive time in her life: Her split with Tom Brady, and the subsequent birth of their now-11-year-old son, Jack Moynahan.The actress, 47 explained how she and the New England Patriots Super Bowl champ make a good co-parenting team.Both have since remarried — Moynahan to Andrew Frankel in 2015 and Brady to supermodel Gisele Bündchen in 2009 — but their split and Moynahan’s pregnancy garnered serious attention in 2006 and 2007.”Being pregnant and having a baby are such personal, intimate moments,” she told People. “I would have cars following me, and men hiding in the bushes outside my house.””As a new mother, you want to just protect your child,” the John Wick star added. “That kind of attention felt like a threat.”Bündchen, who had been dating Brady for two months when she found out about Moynahan’s pregnancy, told People in an interview last year: “It wasn’t the ideal situation for anyone — there’s no manual to prepare you for that. But I’m so grateful for [Bridget]. I know this was hard, but I couldn’t imagine my life without [Jack]. I call him my bonus child.”

Brady also has two children with Gisele: daughter Vivian Lake Brady, 6, and Benjamin Brady, 9.Moynahan said, “Tom and I made a decision to raise a child together and we both found partners that not only supported us in raising that child, but also loved our child as if he was their own…I don’t think you can ask for more than that.”

She added. “My son is surrounded by love.”

“Come with me if you want to live” — Arnold Schwarzenegger gets COVID-19 vaccine
Former ‘That ’70s Show’ star Danny Masterson pleads not guilty to rape charges
Peacock’s ‘Saved by the Bell’ revival gets sophomore season
The significance of the Bible Joe Biden is using on Inauguration Day
What happens inside the White House on Inauguration Day
Coronavirus live updates: Biden to sign order requiring masks on federal property