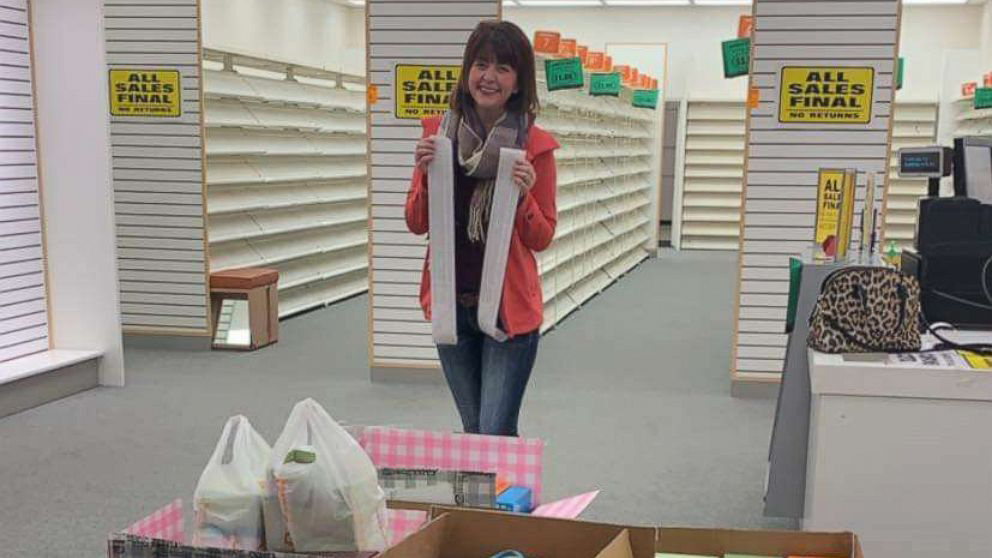 (NEW YORK) — Addy Tritt had an idea while browsing in a Payless shoe store that was closing and selling its remaining shoes for $1.“I was just walking around and looking and I started grabbing handfuls of shoes thinking, ‘This would be great to donate and this, this and this,” Tritt, 25, told ABC’s “Good Morning America.” “I’ve always made donations and it’s just something I’m always thinking about.”Tritt, of Hays, Kansas, recently got her master’s degree and is preparing to start a new job in Oklahoma. She said she did not have the funds last week to buy the 204 shoes she had picked out so she began to negotiate with a manager at Payless, which is in the process of closing its stores and e-commerce site after filing for bankruptcy.“The sales associate called her manager and I literally sat on the floor in Payless going back and forth between phone calls and emails trying to [negotiate] for these shoes,” she said. “I finally got them all for around $100.”Tritt did not have anyone in mind when she bought the shoes, but it dawned on her that she could donate them to people in Nebraska, which has been devastated recently by record-breaking river flooding.Tritt was connected through a Facebook post to a sorority at her alma mater, Fort Hays State University, that was organizing a local donation drive for Nebraska.“We were all amazed,” Emily Bennigsdorf, president of the Sigma Alpha chapter at Fort Hays State, said of Tritt’s donation. “These families will have to build from the ground up so just being able to give them anything is a huge gift in itself.”Sigma Alpha sent their donations, including Tritt’s shoes, to a Future Farmers Association (FFA) chapter in Wilcox, Nebraska, according to Bennigsdorf.Tritt said she has not heard from the people who received her shoe donation, but she actually doesn’t want any thank you from them.“I don’t want them to think about it or feel anything or find out who I am,” she said. “I just want them to have the right shoes on their feet.”Tritt is also taken aback at the attention her donation has received. She said she often gathers items like backpacks and school supplies and animal supplies to donate locally.“This is just part of being a human being,” she said of her generosity. “It brings me so much joy.”