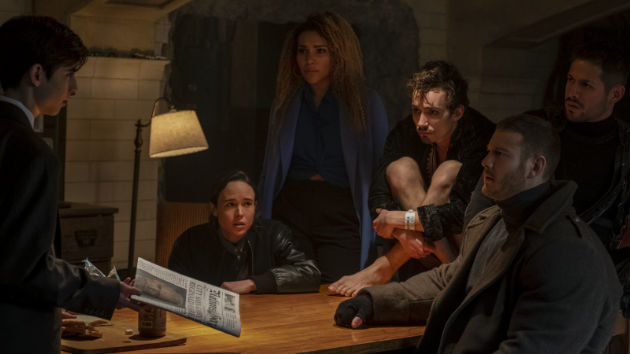 Cast members Ellen Page, Tom Hopper, David Castañeda, Emmy Raver-Lampman, Robert Sheehan, and Aidan Gallagher are all set to reprise their roles as members of a dysfunctional, super-powered family who unite to solve the mystery of their father’s death and stop the apocalypse.

The future of the live-action adaption of the acclaimed comic series created by former My Chemical Romance frontman Gerard Way had been a question mark until today.

“So psyched,” Way says of the renewal.

The second season of The Umbrella Academy will consist of 10 hour-long episodes.

A premiere date has yet to be announced.

As nursing homes get vaccine, assisted living centers are left ‘falling through the cracks,’ experts say
‘Game of Thrones’ prequel, ‘Tales of Dunk and Egg’, in the works at HBO
Jane Krakowski loves ‘Dickinson”s spin on the poet
Olivia Jade returns to YouTube after over a year, “I can’t change the past”
‘The Boys’ is tackling one of the comic’s raunchiest storylines
Priyanka Chopra Jonas says the racism she suffered in high school forced her to leave America