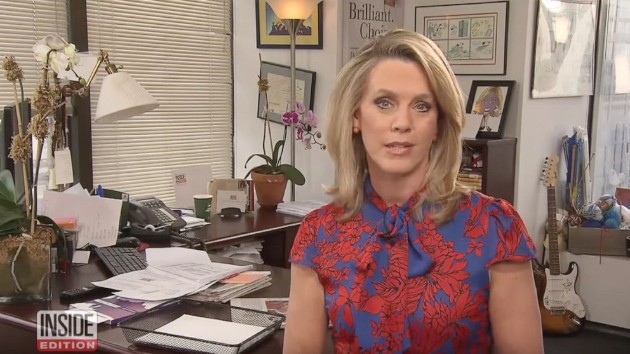 Inside Edition/You Tube
Posted on April 2, 2019 by ABC News

(NEW YORK) — News anchor and journalist Deborah Norville hailed a viewer for first spotting a lump on her neck and revealed she has plans to undergo surgery to have it removed. The longtime CBS host of Inside Edition shared details of her personal health battle that might have been missed if not for the eagle-eyed viewer.”We live in a world of ‘see something, say something,’ and I’m really glad we do,” Norville said. “A long time ago, an Inside Edition viewer reached out to say she’d seen something on my neck. It was a lump.” The 60-year-old said she has lived with the lump for years and had it monitored by doctors.Now that the nodule has turned cancerous, the TV host is set to undergo a procedure to have it removed.”There will be no chemo, I’m told no radiation, but I will have surgery and I’ll be away for a bit,” she said on her CBS show. “If you believe in prayer, please say one for me and for my surgeon and I thank you very much.” Norville also said Diane McInerney will be “holding down the fort” in her absence.Norville tweeted early Tuesday saying she was “overwhelmed by the kindness and good wishes” she has received since she made the announcement.Other TV personalities have also benefited from their watchful viewers. In 2018, an ENT doctor who spotted a lump on the left side of Nicole McGuinness’ neck during HGTV’s Beachfront Bargain Hunt: Renovation alerted her of what he said looked like a “thyroid mass” and urged her to get a biopsy. McGuinness and Dr. Erich Voight met face-to-face for the first time on ABC News’ Good Morning America and McGuinness thanked him “from the bottom” of her heart for his vigilance.McGuinness was first diagnosed in 2015 with a stage 4 glioblastoma tumor that she had finished treatment for just months prior to the show’s filming. The two-time cancer survivor told Voight, “Without you keeping a vigilant eye and watching that television show, who knows how long I would’ve gone on without that being checked. So from the bottom of my heart thank you so much.” Even though about half of people will get a thyroid nodule, like the one Norville had, before they are 60, less than five percent actually turn out to be cancerous, according to the Cleveland Clinic.