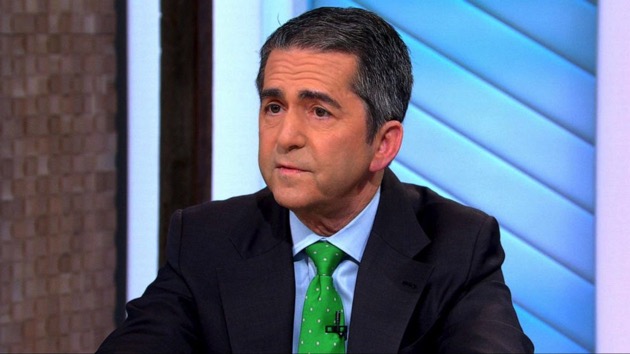 (NEW YORK) — The lawyer representing the family that owns the manufacturer of OxyContin defended his clients in an interview Tuesday.“I think the first thing that’s very, very important is that the Sackler family deeply feels the sorrow and the pain that this opioid epidemic has inflicted on people and their loved ones and their families, and they very much want to help and they have wanted to help ever since the opioid crisis began 20 years ago,” David Bernick said on Good Morning America.”On a voluntary basis, Purdue [Pharma] stepped forward and became the leader in responding to this crisis. Profits that otherwise would have gone to the Sacklers were plowed back into this company — over a billion dollars — to develop a tamper-resistant version of OxyContin. This was a first. It was launched in 2010 and it then took over all of the OxyContin that was sold,” he added.“It was a first and exemplary of a family that believes in treating people with pain. It believes in accepting responsibility,” Bernick said.Eight members of the Sackler family, which owns OxyContin maker Purdue Pharma, were added to a lawsuit filed against the drug manufacturer by New York State Attorney General Letitia James last week, accusing the family of illegally benefiting from the sales, deceptive marketing and orchestrating financial schemes fueling the country’s opioid crisis.”Purdue, at the direction of the Sacklers, fraudulently conveyed hundreds of millions of dollars of Purdue’s profits from opioids to the Sackler Families,” James’ office wrote in the amended complaint last week.The extended lawsuit was filed just days after Purdue Pharma agreed to pay $270 million to settle a lawsuit with the state of Oklahoma related to the opioid crisis. The Sackler family also agreed to donate $70 million to the opioid research and treatment center at Oklahoma State University. The Oklahoma settlement is the first of its kind from a major opioid maker and seen as a benchmark for other cases.Meanwhile, there are some 2,000 more cases pending against Purdue and other opioid manufacturers and more of these are expected to name the Sacklers as co-defendants.Purdue paid a $600 million fine in 2007 for criminally misleading regulators, doctors and patients about OxyContin’s addictive properties.Bernick, in his GMA interview, responded to the Massachusetts attorney general’s lawsuit against opioid makers, which also names the same eight Sacklers as defendants and claims Richard Sackler urged doctors and sales reps to push sales of the highest doses because they delivered the higher profit.”The label for this product is key. The FDA approves OxyContin. It has approved OxyContin since 1996, has reviewed OxyContin no less than over 30 different times since that period of time and still believes and approves OxyContin is safe and effective today,” Bernick said.New York’s lawsuit, however, alleges the Sacklers intentionally blamed opioid users rather than “directing Purdue to address the risk its opioid products created.” In February 2001, the suit said, then Purdue board co-chair Richard Sackler authored a strategy to “blame and stigmatize their own victims.”According to the suit, Richard Sackler wrote in an email: “We have to hammer on the abusers in every way possible. They are the culprits and the problem. They are reckless criminals.”Bernick said that focusing on the email was misleading.”At the very same time these emails were written, this company was leaping forward with multiple, multiple voluntary steps. So if you take a look at the emails, you say, ‘Woah, they paint a bad image.’ The problem is they’re taken out of context,” Bernick said.