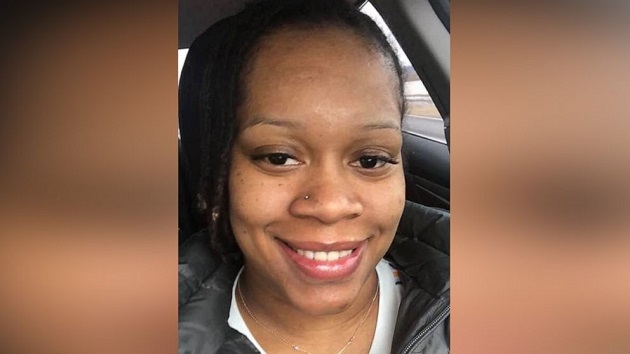 (AVON, Ind.) — Police investigating the disappearance of an Indiana mother of five children have been “working around the clock” to track her down — and are now asking for the public’s help in the search.The Avon Police Department has cast a wide net to find Najah Ferrell since she went missing more than two weeks ago. Detectives have interviewed more than 40 people, pored over surveillance from 12 locations and conducted 30 search warrants, including for her home and analyzing her electronic devices, police said.”Somebody knows something,” said Avon Police Deputy Chief of Investigations Brian Nugent.”We are not going to stop looking for Najah,” he said. “We will never stop.”Ferrell, 30, was last seen at her home in the early morning hours of March 15, police said. She was scheduled to start her third day of work at a local Panera Bread.”Employees there … indicated that she never arrived,” Nugent said during a press conference Thursday.Ferrell’s vehicle, a 2018 black Nissan Altima, was discovered last week about 2.5 miles from the Panera, police said. They also found evidence at a construction zone in the area, but Nugent wouldn’t go into details about the items, except to say they were taken to a crime lab to be examined.Her phone was not among the items recovered, however, Nugent said.He said investigators have zeroed in on that general area to see if witnesses will come forward with any piece of information.Ferrell’s mother, Paula, was flanked at the press conference by blow-up photos of Ferrell with two of her sons. The mom said the photos were taken on Easter a few years ago.”I love my child, and I tried to teach her to love others the same way,” she said in between sobs. “I think she was a giving a young lady. We were like best friends.”Ferrell has two biological sons and three foster children, Nugent said.Her mother said Ferrell “should be here with her boys.””They’ve never been without their mother,” she said.She urged the public to help police “bring her home.””I miss her,” she said.Nugent said there were no persons of interest at this time. Her friends and relatives have been cooperative, he said.Still, he called her disappearance “suspicious.””Anyone that leaves their family for an extended period of time, we would call that suspicious,” he said. “For a mother to not know where her children are at, and for her children to not know where their mother is at, is not only heartbreaking, but it’s certainly suspicious.””If you’re that somebody who thinks they know something … we are still in desperate need of information,” Nugent said. “We need you to come forward, tell us what you saw.”To that end, Seeds of Life, the organization that facilitated connecting Ferrell with her three foster children, is offering a $2,500 reward for information that would help find her.Authorities are asking anyone with information to tweet at @cicrimestoppers or call 317-262-TIPS, where tipsters will remain anonymous.Copyright © 2019, ABC Radio. All rights reserved.