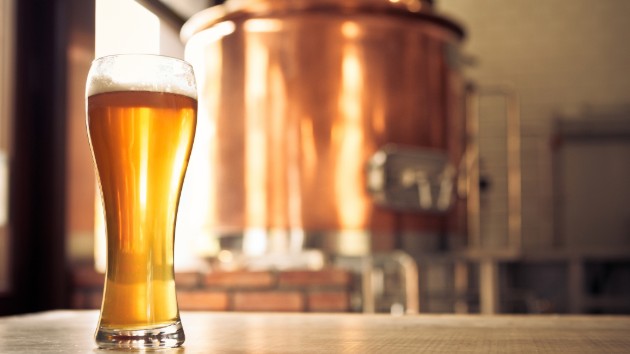 (NEW YORK) — If you have a craft brewery in your neighborhood, drink up — your property value may just have gotten a boost, according to University of Toledo researchers. Craft brewery operations are springing up everywhere. In fact, the Brewers Association reported that in 2017, the craft brewery industry poured more than $76.2 billion into the economy, and led to more than a half million new jobs across the country.  In the city of Charlotte, North Carolina alone, 21 craft breweries opened between March 2009 and October 2016, prompting the Toledo-based scientists to look into how it affected the area.They noted a 3 percent increase in home sales value after a brewery opened a half a mile away or closer to a particular residence. The bump was 10 percent for single-family homes in center-city neighborhoods that were also home to a new brewery.”Being able to walk to a craft brewery in the evening or late afternoon on the weekend is considered a positive amenity that would — for some people —  be attractive when looking at a house,” explains lead author Dr. Neil Reid, a professor of geography and planning at the University of Toledo. “There is a different attitude toward a craft brewery. It’s perceived differently than a liquor store or bar.”The researchers cautioned that in cities where real estate values are already sky high, like New York City or Chicago, the brewery boost is far more muted.Copyright © 2019, ABC Radio. All rights reserved.

Health official tears up delivering latest COVID-19 numbers in emotional briefing
‘Who Wants to be a Millionaire’ is giving back to frontline workers
Senior citizens, key to Trump’s 2016 victory, now far from a sure group for president
Blake Lively and Ryan Reynolds celebrate his first time voting in a US election
Dolly Parton teams up with other artists for song to support fight to end breast cancer
Jennifer Lawrence admits she “was a little Republican” until Trump became president