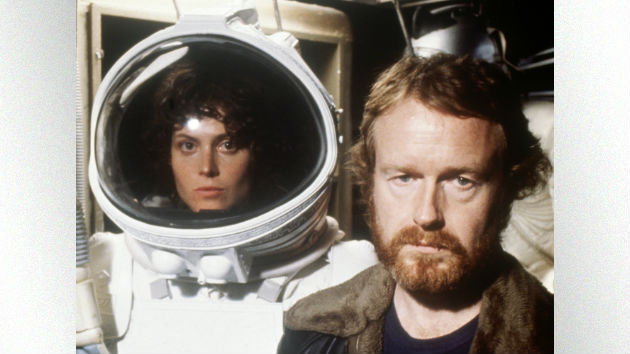 Photo by Sunset Boulevard/Corbis via Getty Images
Posted on March 29, 2019 by ABC News

(LOS ANGELES) — An ambitious stage production of the 1979 sci-fi horror classic Alien mounted by New Jersey’s North Bergen High School Drama Club has become a viral sensation, and one of its fans is none other than the film’s director, Ridley Scott.

A number of videos from the show’s two-night run have shown up on YouTube, which ultimately caught Scott’s notice.  He liked what he saw enough to write the cast and crew a touching letter, which NBHS Alien play director and English teacher Perfecto Cuervo posted on his Twitter.

Scott goes on to encourage the students responsible for the play to never let anything discourage them or get in the way of their success.

After saying he felt “very complimented” by the production, Scott even offered financial help to fund an encore performance through his production company, Scott Free, and offered a suggestion for their next venture:

“How about your next TEAM production being Gladiator?” he wrote, referring to the Oscar-winning 2000 film, which he also directed.

The production also received kudos in a video from Sigourney Weaver, who played Ripley in the film.  She also passed along compliments from original screenwriter Walter Hill and James Cameron, who directed the film’s heralded sequel Aliens in 1986.

Coronavirus live updates: University of Michigan pauses all sports after positive tests
Turbulent week of weather ahead with 3 different storms tracking across US
Police, residents plead for ceasefire after South LA sees 59 shooting victims in 1st 2 weeks of 2021
Pastor says addressing resistance to Biden administration is part of the job
John Krasinski, Dan Levy, Regina King are the first ‘SNL’ hosts of 2021
Lawmakers outraged at images of National Guard sent from Capitol to parking garages