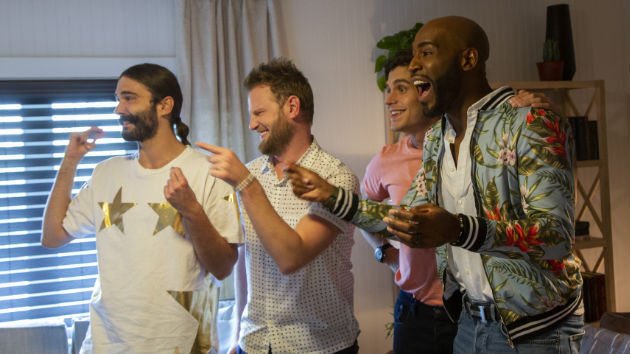 (LOS ANGELES) — Love, Simon, Vida and Queer Eye were winners at the 30th annual GLAAD Media Awards, given out at Los Angeles’ Beverly Hilton on Thursday, according to The Hollywood Reporter.

The rest of the awards will be handed out at a New York ceremony May 4. The NYC ceremony will air May 12 on Logo.

‘Ozark’, ‘The Crown’ lead Netflix-dominated 26th Critics’ Choice nominations
At least 21 states activating National Guard troops in capitals to prepare for possible attacks
Damaging winds expected in California, heavy snow for the Rockies and Eastern Great Lakes
“I’d be up for that!” Liam Neeson wants to re-join the ‘Star Wars’ universe with Disney+’s ‘Obi-Wan Kenobi’ show
‘WandaVision’ star Paul Bettany on his father’s struggle to come out of the closet
Steve Martin shares hilarious thoughts about getting the COVID-19 vaccine