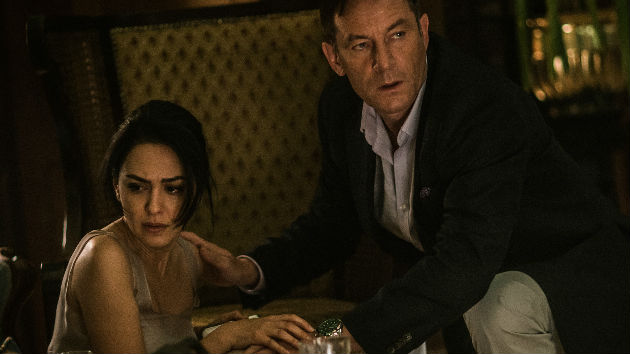 (NEW YORK) — Hotel Mumbai tells the story of the humans behind the headlines of the 2008 terrorist attacks in Mumbai, India — specifically, those targeted at the Taj Mahal Palace Hotel.

Jason Isaacs plays one of those hotel guests, womanizing Russian operative Vasili. While on the surface, Vasili is unlikable and crude, he steps up when tragedy strikes. Isaacs knows the film’s subject matter may be a hard sell for some audiences, but he thinks it’s worth the watch.

“It’s a perfectly valid question to ask yourself, ‘Why would I want to go and subject myself to watching a terrorist attack unfold?’” Isaacs tells ABC Radio. “And I took my 13- and 16-year-old and my 75-year-old mother-in-law to see it and within a couple of minutes my mother-in-law looked like she was gonna gather up the kids and drag them out of there.”

But, he adds, “as the story unfolded they were utterly gripped and moved by it and wanted to talk about it when we left.”

Isaacs explains that, at its core, Hotel Mumbai is a hopeful film.

“What you take away from it, although you’ve seen a lot of people die, is a belief in yourself and a belief in other human beings that really there’s much more [that] unites us than separates us,” he says. “It’s a very uplifting film, in a bizarre way.”