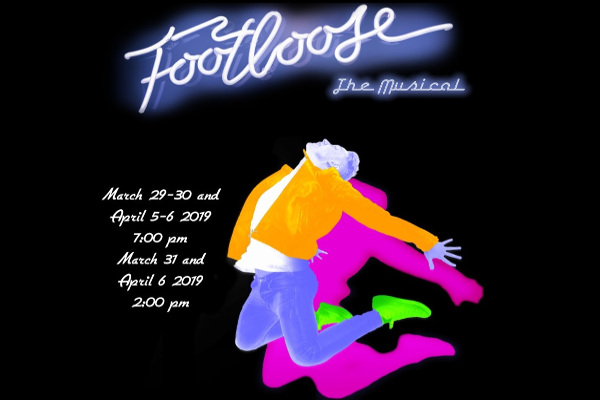 The cast just did a sneak preview performance for the elementary school kids. The DCC student newspaper, Cardinal Chatter, has lots of photos!

You’ve seen the movie about bringing back dancing and rock music to a small town in rural America… now see the play!

Opening night is Friday, March 29 at 7 p.m., with another show at 7 this Saturday, and then a Sunday matinee at 2 p.m.

Performances continue next weekend, on April 5, 6, and 7.

Garret Prosper and Madison Gill, who play Ren and Ariel, say the musical has plenty of extra songs that aren’t featured in the movie.

Click below to hear their full interview, along with an a capalla version of “Almost Paradise” from Footloose. 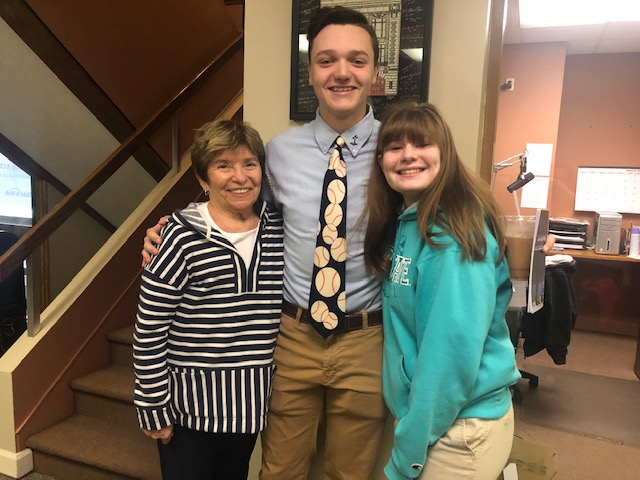 Footloose is the classic tale of teenage rebellion. Ren McCormack (Garrett Prosper) and his mother Ethel (Lindsey Reiter) move from big-city Chicago to a small Texas town where they encounter culture-shock because they realize that they are living in a place where rock music and dancing are illegal! Ren and classmates want to get rid of the ordinance but only Ren has the courage to initiate a battle to abolish the outmoded ban and revitalize the spirit of the townspeople.

Ariel Moore (Madi Gill) and her troubled boyfriend Chuck (Kenny Starr) are at odds with her Bible-thumping minister father (Nick Hansel) and his wife Vi (Sophia Ginther) who is keeping the town dance-free to commemorate the memory of their son Bobby and his friends who were drowned in the Potawney River coming home from a party.

Footloose is directed by Jen Murphy, choreography by Maria Zaffuto, set built by Dan Youngdahl, set design and painting by Kris Wingert, Karen Stine and Bill Miller, and lighting by Steve Gray. Annette Latuska and Sharon Wantuck are the costumers/seamstresses – all volunteers who devote hours to the success of the DCC productions. Producer is Carol Korthuas.