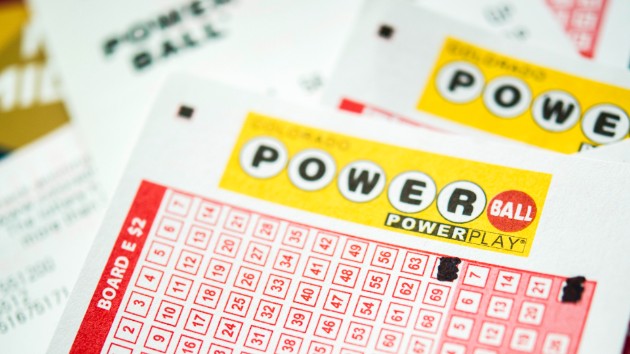 (NEW BERLIN, Wis.) — A lucky Powerball winner in Wisconsin just claimed more than three-quarters of a billion dollars.The jackpot, which crept up to $768.4 million on Wednesday, was won by a ticket sold in New Berlin, about 20 minutes west of Milwaukee. The numbers drawn on Wednesday were 16-20-37-44-62 and a Powerball of 12.”This is an amazing milestone moment for Wisconsin,” Wisconsin Lottery Director Cindy Polzin said in a statement. “It truly is incredible to think that the winning ticket for this historic jackpot was sold in our own backyard. I am extremely excited for the winners and for our state.”The jackpot — the third-largest in U.S. history at $768.4 million — will have a cash value of an estimated $477 million, according to the Powerball website.The retailer that sold the winning ticket will also receive $100,000.The number had been estimated at $750 million, the fourth-largest lotto drawing, before the official total climbed past the $757.7 million jackpot won in May 2017 by a woman from Massachusetts.Two people, in Kansas and Minnesota, also won $2 million for matching all five white balls and the Power Play and tickets in Arizona, California, Indiana, Missouri, New Jersey and New York won $1 million.No one claimed the prize over the weekend, but people in Wisconsin and Florida won a $2 million prize after their numbers matched all five white balls plus the Power Play. Winners took home $1 million in Florida, North Carolina, Illinois, North Dakota, New Hampshire, New York and South Carolina.Despite how high the jackpot climbs, players’ odds of winning stay the same at 1 in 292 million, according to Powerball.The jackpot was the first won of 2019 as it has previously rolled over 25 times since the day after Christmas. Copyright © 2019, ABC Radio. All rights reserved.

Nearly a dozen ex-military members among those arrested in connection with Capitol riot
National Rifle Association files for Chapter 11 bankruptcy
Horn helmet-wearing, painted face Capitol rioter should remain in custody: DOJ
Two US COVID variants have been identified. What does that mean for vaccines?
Yelp to display user-generated COVID-19 safety reviews for restaurants
Self-described ‘QAnon shaman’ should remain in custody: DOJ