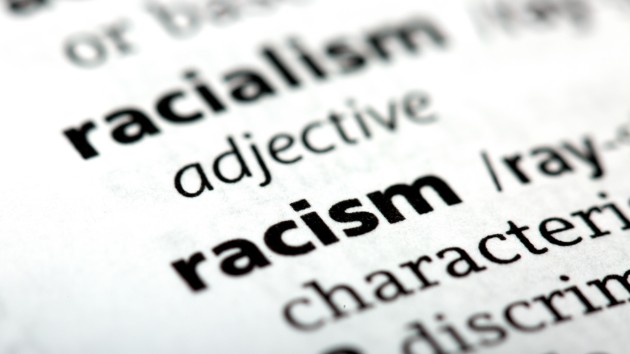 (NEW YORK) — Federal authorities filed criminal murder charges against members of a “vile and racist” white supremacist gang that operates in state-run prisons across Alaska, Arizona and Colorado, according to an indictment unsealed Wednesday.Six of the alleged members of the 1488 prison gang were indicted for murder, assault, kidnapping and a host of other charges in connection with the brutal beating death of Michael Staton, a member whose Nazi tattoo was burned off his rib cage with a hot knife, according to the indictment. “The defendants allegedly participated in the heinous murder of Michael Staton, with the goal of impressing their vile and racist gang,” Assistant Attorney General Brian Benczkowski said in a statement Wednesday. “The Criminal Division is committed to bringing the 1488s to justice, and holding accountable those who further its agenda of violence and hatred.”Those charged include Filthy Fuhrer, 42 (formerly Timothy Lobdell); Roy Naughton, 40; Craig King, 53; Beau Cook, 32; Colter O’Dell, 26; and 37-year-old Glen Baldwin, who is still at large. The men allegedly kidnapped, assaulted and murdered Staton, 34, in August 2017 in order to gain membership or increase their ranking within the 1488s.Two others, Nicholas Kozorra and Dustin Clowers, previously pleaded guilty to murder charges in Staton’s death. Federal prosecutors also announced charges against several other members or associates who were accused of various crimes, including drug possession, carjacking and possession of stolen mail and illegal firearms.The “whites only” prison gang spawned out of Alaska around 2010, according to the indictment, which described the organization as one that requires members to “be white, look white and act white.””In order to be considered for membership, a person had to be sponsored by a 1488 member. The 1488s did not accept homosexuals, ‘rats,’ or individuals who had been charged with sex offenses,” the indictment stated. “The 1488s used Nazi-derived symbols to identify themselves and demonstrate their affiliation with the gang.”The most-coveted tattoo of 1488s is the Nazi-inspired “patch” that consists of an Iron Cross superimposed over a swastika that can only be worn by “made” members who gained full affiliation “by committing an act of violence on behalf of the gang,” according to the indictment.Court documents did not list attorneys for the suspects charged. Copyright © 2019, ABC Radio. All rights reserved.