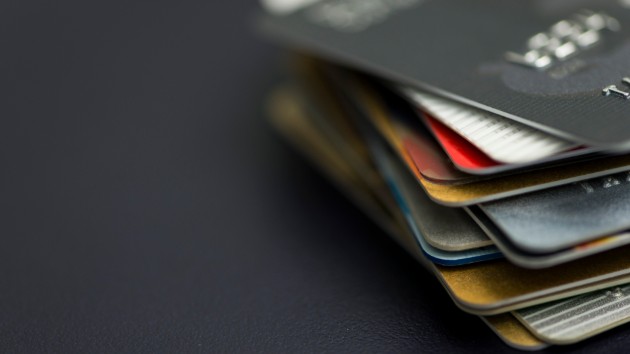 (NEW YORK) — This month, Sephora and Apple announced they were entering the realm of credit cards.And with the former’s Beauty Insider Program and the latter’s ongoing release of new products and services, it might be tempting to sign up and reap the rewards.But are store- and retailer-issued cards really the value they claim to be?

ABC News spoke with Sara Rathner, the credit card expert at NerdWallet, to get some insight into these types of cards. While the perks may seem plenty, there are a few things to consider before you sign up. Retailer-issued card will likely get you more discounts or pointsIf you’re selective about where you shop and are a fan of a particular loyalty program, you may be able to get some serious payback for your purchases with a store-issued card — especially if you don’t carry much debt.“Often [as a card carrier], you’d get a small discount on all purchases, plus early access and a higher percentage off during major sales,” Rathner says.Indeed, the new Sephora card will automatically enroll those not already members of Beauty Insider into the program to begin such benefits as earning points for dollars spent to use on future purchases and receiving a gift for your birthday.And, as Rathner points out, Apple similarly rewards customers with more cash back when they use its card to purchase Apple products or if they use the Apple Pay system in tandem with the card.

But these cards could cost you more moneyOn one hand, it’s generally easier to get a retailer’s credit card than, say, a regular, use-anywhere card, like a general or bank-issued Mastercard or Visa.“This can be really helpful for consumers with a short credit history who are looking to raise their credit score,” says Rathner.But on the other hand is the concern that store-issued cards tend to have lower credit limits and higher interest rates, the latter of which Rathner said cuts into the card’s perks if you happen to owe a lot of money.“If you have credit card debt, the high interest payments will eat into the value of any rewards you rack up,” Rathner adds. “Instead of earning rewards, you’d just cost yourself money.”That’s an important concern, especially if you’re being pressured to sign up for a retailer’s card while being rung up for that new dress or earbuds for your phone. While it may be worth considering getting a card because you can save a few bucks with an introductory offer, in the long run you could be lured into using the card more frequently and, ultimately, not save as much as you might think.“It also might make it tempting to spend unnecessarily at those stores because you’d get discounts so often,” Rathner says. “If you buy something you don’t need just because it’s on sale, you didn’t actually save any money.” Rathner also warns that signing up for too many store cards within a short span of time could, at least temporarily, ding your credit score.

You might like a card offered through a major credit card networkIt’s not uncommon for a store card to be issued by a major credit card network, such as Visa, Mastercard or American Express.While you may still bank points for your favorite department store or chain based on purchases elsewhere, Rathner says these cards function differently than those you would use at just one retailer. Often, you can use them as a form of payment anywhere that accepts major brands, and expand your purchases to things such as gas, clothing and groceries.Depending on the card, there may also other benefits.“You can earn hundreds of dollars in cash back each year, or accumulate travel rewards that you can redeem for free flights, hotel stays and car rentals,” Rathner says of some cards, pointing out that people who pay their bills in full each month can avoid or reduce the amount of money going toward interest while using points for perks.

What’s the best option for you?Rathner says it’s important when getting a credit card to be aware of your spending habits, to choose a card that best works for you and your financial situation, and to look at the fine print on cards for which you apply. You should also weigh how important rewards are on that scale.For example, a cash-back card may be more valuable to you than, say, an Apple credit card because you don’t have an iPhone or don’t plan to buy Apple products in the near future. A card that offers comparable cash back and no annual fee might be a better alternative.

“Rewards cards that aren’t tied to a specific retailer can give you more flexibility in how you earn and redeem rewards. Retail cards usually only come in handy when you shop at that specific store, but general rewards cards let you redeem points for cash back, travel, gift cards and merchandise,” she says. “If you want lots of options, a general rewards credit card would be the way to go.”