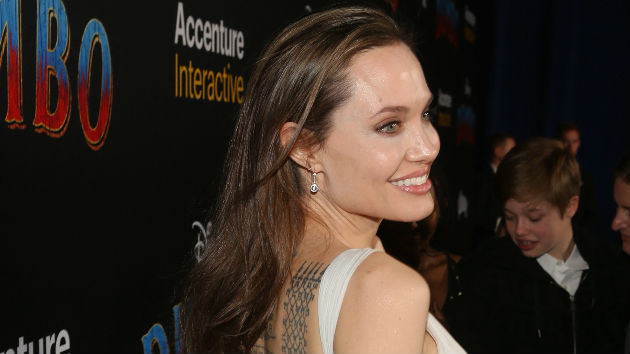 (LOS ANGELES) — Angelina Jolie could become the latest Oscar winner to join the Marvel Cinematic Universe. Jolie is in talks to star in Marvel Studios’ The Eternals, according to Variety.

Although she’s previously been in genre films — a pair of Tomb Raider films as well as Wanted, which was based on a comic — this would mark Jolie’s first superhero role.

Details, including Jolie’s role, are being kept under wraps for now, though The Rider’s Chloé Zhao is set to direct. The Eternals, created in 1976 by legendary comic artist and writer Jack Kirby, is set millions of years ago when cosmic beings known as the Celestials genetically experimented on humans to create two groups with super powers — the Eternals, and the villainous Deviants — who battled each other throughout history.

The powerful Celestials have been mentioned in the Guardians of the Galaxy films: one is shown laying waste to a planet using the Power Stone in the original; in Vol. 2, Kurt Russell’s character Ego — the father of Chris Pratt’s Star-Lord — reveals himself to be a Celestial. Or as he puts it, “‘a’ god. Little ‘g’.”

Jolie will next be seen in Maleficent: Mistress of Evil, the sequel to 2014’s Sleeping Beauty-inspired hit Maleficent.

Marvel Studios and ABC News are owned by Disney.