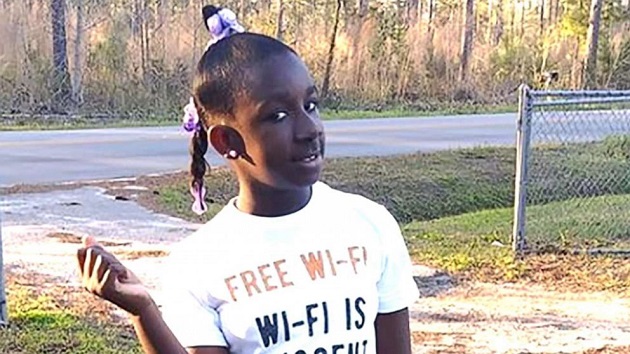 (WALTERBORO, S.C.) —  Parents in a South Carolina community say they are irate by the lack of information being shared by school board members after the death of Raniya Wright, a fifth-grader who was gravely injured during a classroom fight with another student.Raniya, 10, died Wednesday morning after she was involved in what authorities called a physical altercation with another girl Monday at Forest Hills Elementary School in Walterboro, according to the Colleton County Sheriff’s Office. Authorities did not release the names of the students because they were younger than 17, but on Wednesday, the Colleton County School District identified the student as Raniya.The Colleton County school board held an emergency meeting Thursday about Monday’s incident. Board member Tim Mabry said specific details from the discussion could not be shared because of the investigation and student-privacy laws.Furious parents who’d waited two hours outside the private meeting told ABC News that they needed answers.”It’s ridiculous,” Shawnya Sanders said. “It’s awful because they’re telling us don’t speculate and don’t start rumors but they’re not telling us anything. … It makes no sense.”In its news release Wednesday, the district said Raniya was a wonderful student who loved to write, play basketball and spend time with her friends.A staff member at the elementary school called 911 on Monday to report that a student had collapsed, an incident report released by the Colleton County Sheriff’s Office said.When first responders arrived, the student was at the nurse’s station unconscious but breathing, the report said. She was taken to a medical center and later airlifted to the Medical University of South Carolina Childrens’ Health in Charleston, according to the Colleton County School District.In a statement on its website, the district said that after the “fight” occurred in Raniya’s classroom, “school administrators promptly secured the scene, ended the fight and called emergency medical services to the school.”The family said that she’d been unresponsive and in critical condition since the incident, according to ABC News affiliate WCIV-TV. Raniya’s mother, Ashley Wright, shared her grief Wednesday in a public Facebook post, saying, “My baby girl has (gained) her wings.”The family was planning her funeral Thursday.On Thursday, a GoFundMe page for Raniya’s family had raised more than $45,000 in two days.William Bowman, a school board member, told WCIV-TV on Wednesday that the devastating incident had hit the community like a “hurricane.”“We’re gonna have to look into situations, look at the situation, and see if there (are) any avenues that we can take in order to make our schools even safer,” he said. “We’re gonna continue to push, you know, to get funds to apply different safety measures or needed safety measures.”No weapons were involved, said Shalane Lowes, a police information officer for the Colleton County Sheriff’s Office.The district said students, staff and family members were getting guidance and counseling services.”She was actively involved in her church as a junior usher,” the district said of Raniya. “She will be missed greatly by her family, friends and the entire school community.”The other student involved in the altercation was suspended from school “until the investigation is complete,” the school district said. “Our community has suffered a tremendous loss. We are deeply saddened. … Our thoughts and prayers will continue to be with this family in the difficult days ahead,” the district said in a news release. “The district is cooperating fully with law enforcement as this matter is investigated.”Lowes said police were still investigating the incident and that an autopsy for the victim was scheduled for Friday morning.Copyright © 2019, ABC Radio. All rights reserved.